SEATTLE, July 26, 2021 /PRNewswire/ -- Physician-Scientist Steven Quay and a group of international scientists have published a pre-print, available here, entitled, "CONTAMINATION OR VACCINE RESEARCH? RNA Sequencing data of early COVID-19 patient samples show abnormal presence of vectorized H7N9 hemagglutinin segment." In the paper, a forensic examination of the sequencing data from five COVID-19 bronchial lavage patient specimens reveals that the laboratory at the Wuhan Institute of Virology (WIV) was contaminated with a wide range of viruses, including Nipah virus genes in a cloning vector. Nipah is a BSL-4 pathogen with a lethality of 50% to 92%. A video summary of the paper can be found here.

The highlights of the paper are:

"It was surprising to find a menagerie of deadly viruses, strange pathogens, and even honeysuckle, plant genes in patient specimens sequenced at the WIV in December 2019, especially since this patient sequencing data has been publicly available to the entire scientific community inside of the US NIH GenBank database since February 2020," stated Dr. Steven Quay, MD, PhD. "The apparent widespread contamination of the laboratory at the very time the pandemic was just beginning is of course worrisome. But more important is getting answers to these questions: Why do these patient specimens contain an unreported influenza vaccine? What was the purpose of creating an undisclosed, apparently infectious clone of the deadly Nipah virus? Is this Nipah research part of another gain-of-function research project at the Wuhan Institute of Virology?"

About the Nipah Virus
Nipah virus, scientific name Nipah henipavirus, is a bat-borne virus that causes an infection in humans and other animals, with a high mortality rate. Numerous disease outbreaks caused by Nipah virus have occurred in South and Southeast Asia. Symptoms from infection vary from none to fever, cough, headache, shortness of breath, and confusion. This may worsen into a coma over a day or two, and 50% to 92% of those infected die. Complications can include inflammation of the brain and seizures following recovery. At this time there is no specific treatment for Nipah virus infection nor is there a vaccine..

About Steven Quay, M.D., Ph.D.
Dr. Steven Quay has over 360 published contributions to medicine and has been cited over 10,500 times, placing him in the top 1% of scientists worldwide. He holds 87 US patents and has invented seven FDA-approved pharmaceuticals which have been prescribed to over 80 million people. He is the author of the best-selling book on surviving the pandemic, Stay Safe: A Physician's Guide to Survive Coronavirus. He is the CEO of Atossa Therapeutics Inc. (Nasdaq: ATOS), a clinical-stage biopharmaceutical company developing novel therapeutics for oncology and infectious diseases.

He received his M.D. and Ph.D. from The University of Michigan, was a postdoctoral fellow in the Chemistry Department at MIT with Nobel Laureate H. Gobind Khorana, a resident at the Harvard-MGH Hospital, and spent almost a decade on the faculty of Stanford University School of Medicine. A TEDx talk he delivered on breast cancer prevention has been viewed over 220,000 times.  His scientific manuscript entitled, "A Bayesian analysis concludes beyond a reasonable doubt that SARS-CoV-2 is not a natural zoonosis but instead is laboratory derived," has been viewed over 175,000-times. For more information, visit www.DrQuay.com 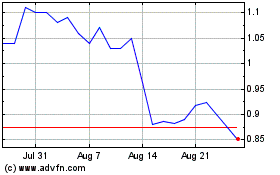 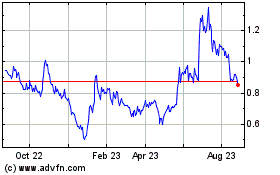 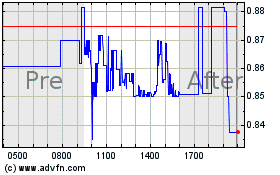