Stock splits have all but disappeared from corporate playbooks, even though history shows shares of companies that split their stock often see a bump in price.

Stocks in the S&P 500 tend to rise 5% in the year following share splits, including 2.5% immediately following the announcement, according to research from Nasdaq Inc. on splits between 2012 and 2018.

"Splits make stocks look better" to everyday investors who would otherwise be put off by a stock's high sticker price, said Phil Mackintosh, Nasdaq's chief economist. "And the premium they gather seems to be long-lasting for companies. Investors keep coming into the stock even 12 months later."

Shares of Apple Inc. got a big bounce after the tech giant revealed plans late Thursday to execute a 4-for-1 stock split later in August. In that case, the company will quadruple its number of shares outstanding and hand out the extra shares to existing investors, dividing the price of an original share by four but leaving the company's market valuation unchanged.

The stock rose 10% to $425.04 on Friday, extending its gain so far this year to 45% after the iPhone maker also reported stronger-than-expected earnings on robust sales of apps and its work-from-home devices. The company added about $172 billion in market value, a one-session gain that tops the size of Oracle Corp., Chevron Corp. and McDonald's Corp.

While the split won't affect Apple's valuation, which swelled to $1.817 trillion on Friday, it has implications for investors, as well as for two of the stock indexes in which Apple resides: the Dow Jones Industrial Average and the S&P 500 index.

After the split, Apple's influence on the Dow will shift from being the most consequential to the middle of the pack. That is because the Dow is price- weighted, meaning the higher the share price, the bigger the influence that stock has over the blue-chip index's daily price swings.

Had Apple split its stock at the end of last year, the Dow would be off about 10% in 2020, compared with the 7.4% decline it currently registers, according to Dow Jones Market Data. Besides resulting in a smaller role in the Dow's moves, the change would likely widen the performance gap between the 30-stock index and the broader S&P 500, which is up 1.2% this year and weighted by market value. The divergence between the indexes in 2020 is already at the widest mark in decades.

Despite the obvious benefit to share prices, companies appear to be giving up on the shareholder-friendly practice of splits. About 41% of the stocks in the S&P 500 currently trade above $100, the level that once spurred executives to consider a split. Just three companies, including Apple, have unveiled plans for share splits this year. That is down from 102 companies in 1997 and seven in 2016, according to Charles Schwab Corp.

Companies were more likely in decades past to split their shares because of the mechanics of trading. Unlike today, trading wasn't powered by fast-moving digital systems and was more costly. Investors previously found better pricing deals on trades if they were willing to buy round lots of 100 shares rather than on odd lots of stock that carried steeper commissions. A share split helped keep stock prices in check for investors who were willing to buy blocks of 100 shares at a time.

Commissions largely don't exist anymore at most do-it-yourself brokerages such as Charles Schwab and TD Ameritrade Holding Corp., eliminating that concern. Still, most institutional investors continue to prefer blocks of shares since the price often quoted on an exchange is for a round lot, Mr. Mackintosh said.

That means investors are left with three options: paying up for high-price stocks; buying shares that trade for less; or purchasing a fraction of a share, an alternative recently offered by some retail brokerages.

But fractional shares come with a caveat. Investors don't own the actual share. Instead, the brokerage does, and investors have a right to whatever portion they agree to buy.

Target Corp., for example, trades at $125.88. Yet when Chief Financial Officer Michael Fiddelke was asked in June whether the retailer would split its stock, he said there were no such plans. Advances in technology have made trading odd lots of shares more accessible, while commission-free trades also make stock splits less necessary, he said.

"But we'll revisit this issue periodically in the future," he added.

Ramon Laguarta, the chief executive of PepsiCo Inc., dismissed in May the possibility of a stock split for the company, whose shares trade at $137.66. He blamed administrative costs associated with such a move as a deterrent, adding that the expense outweighs the benefits in terms of potential value creation for the company. One academic paper pegged the administrative cost of a stock split as high as $800,000 for a large company.

"We've always decided not to do it," Mr. Laguarta said on a conference call. 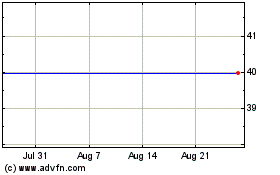 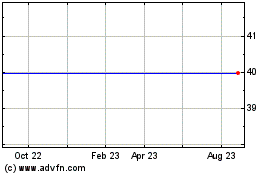 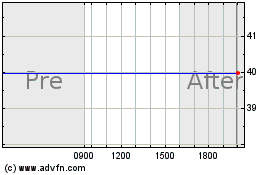