The Dow Jones Industrial Average is getting a makeover.

S&P Dow Jones Indices, which manages the 30-stock benchmark, said it would add Salesforce.com Inc., Amgen Inc. and Honeywell International Inc. to the blue-chip index at the start of trading on Monday.

Apple will start trading on a split-adjusted basis on Monday as well.

"They also help diversify the index by removing overlap between companies of similar scope and adding new types of businesses that better reflect the American economy," S&P said in a statement announcing the changes.

The Dow is a price-weighted index, meaning higher-priced stocks contribute more points to the index's daily moves. Apple shares currently trade higher than the 29 other stocks in the Dow, giving them the most sway over the direction of the index. UnitedHealth Group Inc. will take that mantle beginning next week when Apple's influence wanes and it drops to the middle of the pack.

Apple's split alone will reduce the weighting of information technology to 20% from nearly 28%, according to Howard Silverblatt, a senior index analyst with S&P Dow Jones Indices.

"To some degree, the impact on the Dow of the split is similar to profit taking, since the gains are locked in and then reallocated into the portfolio," Mr. Silverblatt added in an email.

The additions, as well as the stock split, won't disrupt the level of the Dow. That is because S&P is also modifying the so-called Dow divisor, which is used to calculate the index's point gains or subtractions by multiplying it against the individual price moves of each stock.

Without making any other changes to the index, the performance gap between the Dow and the S&P 500 would have likely widened even further. Just five tech companies, including Apple, make up roughly one-quarter of the market-cap weighted S&P 500, giving them considerable influence over its direction.

The three newcomers to the Dow have hefty stock prices, meaning they will have a significant impact on its daily swings.

The move is a homecoming of sorts for Honeywell, which was removed from the index in February 2008. The industrial conglomerate had first joined the benchmark in 1925 as Allied Chemical & Dye.

The three outgoing stocks all trade below $100. Exxon and Raytheon were deep in the red in 2020, shedding at least 30%. Pfizer, on the other hand, is off less than 1% from where it was at the end of December.

Exxon, which joined the index in 1928 as Standard Oil of New Jersey, had been the longest-tenured member of the Dow. Pfizer was added to the Dow in 2004. And Raytheon entered the index through its merger with United Technologies Corp. earlier this year.

Although the Dow is usually investors' go-to proxy for describing moves in the stock market, changes to the index usually don't lead to an immediate shift in investor behavior. Just $26.6 billion in assets were linked to the Dow industrials at the end of 2018, versus more than $9 trillion that followed the S&P 500.

Component stocks of the Dow are selected by the index committee, a group that includes editors of The Wall Street Journal, which is published by Dow Jones & Co., a part of News Corp. 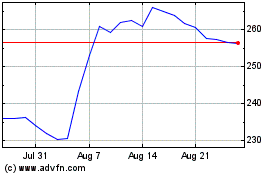 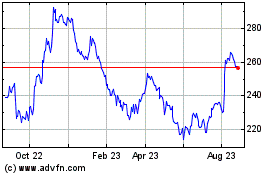 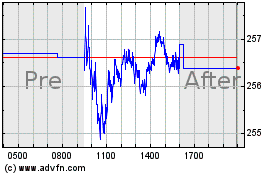