85.02
0.46 (0.54%)
Upgrade to Real-Time
Premarket
85.02
Intel’s Foundry Ambitions Hand the Advantage Over to AMD, Says Analyst
March 26 2021 - 05:57PM
TipRanks
For several years now, Advanced Micro Devices (AMD) has eaten away at Intel’s market dominance in the CPU segment. Intel, however, with a new CEO at the helm, has been devising its comeback program. Recently, the chip giant announced its new IDM (integrated device manufacturer) 2.0 strategy, which includes the launch of Intel Foundry Services (IFS), a new foundry business, and a $20 billion investment in two new fabs in Arizona. The news was generally well-received and indicated that the struggling semiconductor company was not about to lay down and allow its rivals to grab more market share.
https://www.tipranks.com/news/article/intels-foundry-ambitions-hand-the-advantage-over-to-amd-says-analyst 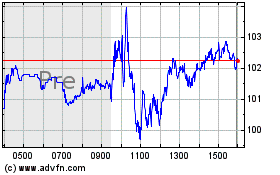