Ms. Witz has been with Sirius XM for more than 18 years and has been president of sales, marketing and operations since March 2019. Prior to that, she served as chief marketing officer and has held a variety of senior financial and operating roles.

AMC Networks said Tuesday that Mr. Sullivan would remain with AMC Networks through mid-October and the company would appoint an interim CFO or a successor prior to his departure.

Following his retirement, Mr. Meyer will remain on Sirius XM's board and will serve as vice chairman. Upon assuming the role of CEO, Ms. Witz will be appointed as a member of the board.

George W. Bodenheimer has resigned from the board, Sirius XM said.

Write to Michael Dabaie at michael.dabaie@wsj.com 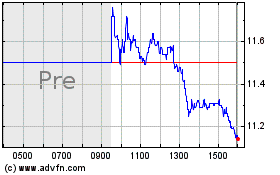