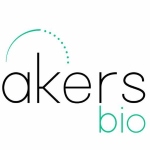 Akers Biosciences, Inc. (the “Company”) (NASDAQ: AKER), a developer of rapid health information technologies, today announced that it reached a settlement agreement to settle two shareholder derivative actions: Watts v. Gormally, et al., No. 2:18-15992 (D.N.J.) and Chan v. Gormally, et al., No. 2:19-cv-4989 (D.N.J.). As previously reported, on October 2, 2019, the plaintiffs filed a motion for preliminary approval of the settlement. On January 8, 2020, the court entered an order that, among other things, granted preliminary approval of the settlement, approved the form and content of the parties' proposed notice of the settlement, directed the Company to issue a press release containing the information in that notice by today, and scheduled a hearing on May 28, 2020 to consider final approval of the settlement. Accordingly, below are the contents of the court-approved notice of the proposed settlement.

Akers Biosciences, Inc. develops, manufactures, and supplies rapid, point of care screening and testing products designed to bring health related information directly to the patient or clinician in a timely and cost-efficient manner.

Statements in this press release relating to plans, strategies, trends, specific activities or investments, and other statements that are not descriptions of historical facts and may be forward-looking statements within the meaning of the Private Securities Litigation Reform Act of 1995, Section 27A of the Securities Act of 1933, as amended, and Section 21E of the Securities Exchange Act of 1934, as amended. Forward-looking information is inherently subject to risks and uncertainties, and actual results could differ materially from those currently anticipated due to a number of factors, which include the need for additional financing, and any risks detailed from time to time in Akers' reports filed with the Securities and Exchange Commission, Annual Reports on Form 10-K, Quarterly Reports on Form 10-Q, and Current Reports on Form 8-K. Forward-looking statements may be identified by terms such as "may," "will," "expects," "plans," "intends," "estimates," "potential," or "continue," or similar terms or the negative of these terms. Although the Company believes the expectations reflected in the forward-looking statements are reasonable, they cannot guarantee that future results, levels of activity, performance or achievements will be obtained. The Company does not have any obligation to update these forward-looking statements other than as required by law.

Additional information on the company and its products can be found at www.akersbio.com.

PLEASE READ THIS NOTICE CAREFULLY AND IN ITS ENTIRETY. THIS NOTICE RELATES TO A PROPOSED SETTLEMENT AND DISMISSAL OF STOCKHOLDER DERIVATIVE LITIGATION AND CONTAINS IMPORTANT INFORMATION REGARDING YOUR RIGHTS.

IF THE COURT APPROVES THE SETTLEMENT AND DISMISSAL OF THE DERIVATIVE ACTIONS, STOCKHOLDERS OF AKERS WILL BE FOREVER BARRED FROM CONTESTING THE APPROVAL OF THE PROPOSED SETTLEMENT AND FROM PURSUING RELEASED CLAIMS.

THIS ACTION IS NOT A “CLASS ACTION.” THUS, THERE IS NO COMMON FUND UPON WHICH YOU CAN MAKE A CLAIM FOR A MONETARY PAYMENT.PLEASE TAKE NOTICE that this action is being settled on the terms in an Amended Stipulation and Agreement of Settlement, dated October 1, 2019 (the “Stipulation”). The purpose of this Notice is to inform you of:

On October 1, 2019, Plaintiffs Cale Watts, Tiffany Chan, Jasmine Henderson, and Don Danesh Wijesekera (“Plaintiffs”), Akers, in its capacity as a nominal defendant, and defendants John J. Gormally, Gary M. Rauch, Bill J. White, Richard C. Tarbox III, Christopher C. Schreiber, Robert E. Andrews, Raza Bokhari, and Joshua Silverman, Raymond F. Akers, Jr., Thomas Knox, and Brandon Knox, current and/or former officers or members of Akers’ Board of Directors, entered into the Stipulation in the above-captioned action filed derivatively on behalf of Akers, in the United States District Court for the District of New Jersey (the “Court”) against the Individual Defendants.2 The Settlement, as documented in the Stipulation, subject to the approval of the Court, is intended by the Settling Parties to fully, finally, and forever compromise, resolve, discharge, and settle the Released Claims and to result in the dismissal of the Derivative Actions with prejudice, upon the terms and subject to the conditions set forth in the Stipulation. The proposed Settlement requires the Company to adopt certain corporate governance measures and procedures, as outlined in Exhibit A to the Stipulation, and provides that the Akers Defendants shall cause their insurer to pay a Fee and Expense Award to Plaintiffs’ Counsel of three hundred twenty-five thousand dollars ($325,000.00) and Service Awards to Plaintiffs of one thousand five hundred dollars ($1,500.00) each to be paid from the Fee and Expense Award.

1All capitalized terms used in this notice, unless otherwise defined herein, are defined as set forth in the Stipulation.

What is the Lawsuit About?

The Derivative Actions are brought derivatively on behalf of Akers and allege that the Individual Defendants breached their fiduciary duties by making and/or causing Akers to make false and misleading statements of material fact to the investing public and failing to maintain internal controls at Akers.

Why is there a Settlement?

The Court has not decided in favor of the Defendants or the Plaintiffs. Instead, both sides agreed to the Settlement to avoid the distraction, costs, and risks of further litigation, and because the Settlement, including the corporate governance reforms that the Company will adopt as part of the Settlement, provides a substantial benefit to, and is in the best interests of, Akers and its stockholders.

The Defendants deny each and every allegation of wrongdoing or liability arising out of or relating in any way to the events, conduct, statements, acts, or omissions alleged in the Derivative Actions. The Defendants further assert that, at all times, they acted in good faith, and in a manner they reasonably believed to be and that was in the best interests of Akers and Akers’ stockholders. The Defendants assert that they have meritorious defenses to the claims in the Derivative Actions. Nonetheless, the Defendants have entered into the Stipulation, without admitting or conceding any fault, liability, wrongdoing, or damage whatsoever, in order to avoid the risks inherent in any lawsuit and the burden and expense of further litigation.

On January 8, 2020, the Court entered an order preliminarily approving the Stipulation and the Settlement contemplated therein (the “Preliminary Approval Order”) and providing for the notice of the Settlement to be made to Current Akers stockholders. The Preliminary Approval Order further provides that the Court will hold a hearing (the “Settlement Hearing”) on May 28, 2020 at 11:30 am. before the Honorable Esther Salas, U.S. District Court, District of New Jersey, Courtroom MLK 5A, located at the Martin Luther King Building and United States Courthouse, 50 Walnut Street, Newark, New Jersey 07101, to among other things: (i) determine whether the proposed Settlement is fair, reasonable and adequate and in the best interests of the Company and its stockholders; (ii) consider any objections to the Settlement submitted in accordance with this Notice; (iii) determine whether a judgment should be entered dismissing all claims in the Derivative Action with prejudice, and releasing the Released Claims against the Released Persons; (iv) consider the agreed-to Fee and Expense Award to Plaintiffs’ Counsel of attorneys’ fees and the reimbursement of expenses; (v) consider the Service Awards to Plaintiffs, which shall be funded from the Fee and Expense Award; and (vi) consider any other matters that may properly be brought before the Court in connection with the Settlement.

IF YOU MAKE A WRITTEN OBJECTION, IT MUST BE ON FILE WITH THE CLERK OF THE COURT NO LATER THAN May 14, 2020. The Clerk’s address is:

YOU ALSO MUST DELIVER COPIES OF THE MATERIALS TO PLAINTIFF’S COUNSEL AND AKERS DEFENDANTS’ COUNSEL SO THEY ARE RECEIVED NO LATER THAN May 14, 2020. Counsel’s addresses are:

An objector may file an objection on his, her or its own or through an attorney hired at his, her or its own expense. If an objector hires an attorney to represent him, her or it for the purposes of making such objection, the attorney must serve a notice of appearance on the counsel listed above and file such notice with the Court no later than fourteen (14) calendar days before the Settlement Hearing. Any Akers stockholder who does not timely file and serve a written objection complying with the above terms shall be deemed to have waived, and shall be foreclosed from raising, any objection to the Settlement, and any untimely objection shall be barred.

Any objector who files and serves a timely, written objection in accordance with the instructions above, may appear at the Settlement Hearing either in person or through counsel retained at the objector’s expense. Objectors need not attend the Settlement Hearing, however, in order to have their objections considered by the Court.

If you are a Current Akers Stockholder and do not take steps to appear in this action and object to the proposed Settlement, you will be bound by the Judgment of the Court and will forever be barred from raising an objection to such settlement in this or any other action or proceeding, and from pursuing any of the Released Claims.

If you held Akers common stock as of October 1, 2019 and continue to hold such stock, you may have certain rights in connection with the proposed Settlement. You may obtain further information by contacting counsel for Plaintiff at: Timothy Brown, The Brown Law Firm, P.C., 240 Townsend Square, Oyster Bay, NY 11771, Telephone: (516) 922-5427, Email: tbrown@thebrownlawfirm.net. Please Do Not Call the Court or Defendants with Questions About the Settlement. 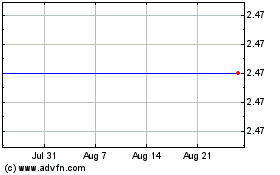 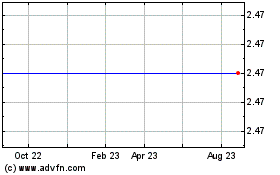 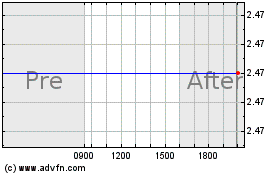