Commenting on the Company's record results, Palmer Proctor, the Company's Chief Executive Officer, said, "We are proud of our bankers and the successes we had this year.  Not only did our Company go through the largest acquisition and system conversion in our history, but we also produced record earnings and record earnings per share this year.  To do both of those things simultaneously is quite an accomplishment.  Organic loan growth was over 9% for the year while our credit quality metrics continued to improve.  Our diverse lines of business continue to produce solid financial results and provide positive momentum for 2020."

Highlights of the Company's results for the fourth quarter of 2019 include the following:

Highlights of the Company's results for 2019 include the following:

Net Interest Income and Net Interest Margin
Net interest income on a tax-equivalent basis for 2019 totaled $509.5 million, compared with $347.5 million for 2018.  The Company's net interest margin was 3.88% for 2019, down from 3.92% reported for 2018.  Accretion income for 2019 increased to $19.9 million, compared with $11.8 million for 2018.  The decrease in net interest margin is primarily attributable to an increase in funding costs, partially offset by an increase in the yield on earning assets.

Noninterest Income
Noninterest income increased 67.3% in 2019 to $198.1 million, compared with $118.4 million for 2018, as a result of increased service charges and mortgage banking activity.  Service charge revenue increased to $50.8 million in 2019, compared with $46.1 million in 2018 due to the Company's increased number of deposit accounts from organic growth and completion of the Fidelity acquisition. In addition, other noninterest income increased during the year because the Company recorded a $3.6 million gain on BOLI proceeds during the year, due to the unfortunate death of a former officer of Fidelity, and increases of $2.5 million in loan servicing income and $3.3 million in gain on sale of SBA loans.

Mortgage banking activity increased 122.6% to $119.4 million in 2019, compared with $53.7 million for 2018.  This increase was a result of both the Fidelity acquisition and additional growth from the low interest rate environment during the second half of 2019. Total production in the retail mortgage division increased to $4.3 billion for 2019, compared with $1.8 billion for 2018.  Gain on sale spreads decreased in 2019 to 2.75% from 2.92% for 2018. The gain on sale spread during the quarter continued to be impacted by a shift in product mix and the transition of the pricing models through conversion.

Noninterest Expense
Noninterest expense increased $178.3 million, or 60.7%, to $471.9 million in 2019, compared with $293.6 million for 2018.  During 2019, the Company recorded $79.8 million of charges to earnings, the majority of which was related to merger and conversion charges and loss on sale of premises, compared with $31.8 million in charges in 2018 that were related principally to merger and conversion charges and executive retirement benefits.  Excluding these charges, adjusted expenses increased approximately $130.3 million, or 49.8%, to $392.1 million in 2019, from $261.8 million in 2018.  The majority of this increase is attributable to the acquisitions of Atlantic Coast Bank, Hamilton State Bank and Fidelity, as well as variable expenses related to increased mortgage production. The Company continues to focus on its operating efficiency ratio. The Company's adjusted efficiency ratio improved from 56.19% in 2018 to 55.67% in 2019.

About Ameris Bancorp
Ameris Bancorp is a bank holding company headquartered in Atlanta, Georgia.  The Company's banking subsidiary, Ameris Bank, had 170 locations in Georgia, Florida, South Carolina and Alabama at the end of the most recent quarter. 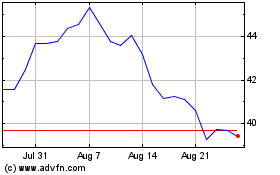 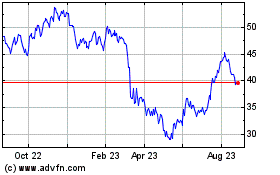 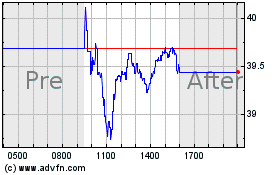