Thursday, most Southeast Asian currencies tumbled against the U.S. dollar as a decline in Asian stocks reduced demand for emerging-market assets.

The stock markets in the Asia-Pacific region are trading weak today, tracking the overnight cues from Wall Street, where the major averages pulled back firmly into negative territory and moved further off Monday's one-year closing highs. Financial stocks are trading lower, following the lead from their U.S. counterparts.

On Wall Street, the downturn by the broader markets was attributed in part to negative comments from influential financial analyst Dick Bove, who downgraded his rating on shares of top U.S. bank Wells Fargo to "Sell". The news contributed to a substantial sell-off by financial stocks. The day's mixed earnings news and the Federal Reserve's latest economic commentary indicating an essential standstill in the labor market also prompted the day's late session profit taking.

During Asian trading on Thursday, the Hong Kong dollar declined to a 3-day low of 7.7510 against the U.S. currency. This may be compared to Wednesday's closing value of 7.7502. On the downside, 7.7516 is seen as the next target level for the Hong Kong dollar.

Yesterday, the Bank of Thailand retained its key interest rate at 1.25 percent per annum. The decision came in line with economists' expectations. The Monetary Policy Committee assessed that the current level of policy interest rate is appropriate and supportive of the economic recovery.

Further, the MPC said the Thai economy is expected to recover gradually, supported by the momentum of the global economy and accommodative monetary and fiscal policies. And the inflationary pressure from the demand side continues to be subdued for the time being.

In Asian deals on Thursday, the Malaysian ringgit slipped to 3.3950 against the dollar. The next downside target level for the Malaysian currency is seen at 3.40. The dollar-ringgit pair closed yesterday's trading at 3.3645.

The Philippine peso that closed yesterday's trading at 46.61 against the dollar plummeted to 47.3550 during Asian deals on Thursday. This set the lowest point for the peso since October 02. On the downside, 47.65 is seen as the next target level for the Philippine currency.

During Asian deals on Thursday, the South Korean won slumped to a new multi-week low of 1190.15 against the dollar. If the Korean currency declines further, it may target the 1197.8 level. The dollar-won pair closed yesterday's trading at 1176.80.

Thursday, the Indian rupee opened lower against the US dollar. At present, the rupee is trading at a 10-day low of 46.6750 per dollar and this may be compared to Wednesday's close of 46.47. If the Indian currency weakens further, it may target the 47 level.

The Taiwan dollar that strengthened against the US currency in early Thursday Asian deals lost ground after reaching a high of 32.3095 at 9:05 pm ET. As of now, the pair is worth 32.39, compared to 32.4050 hit late New York Wednesday. On the downside, 32.435 is seen as the next target level for the Taiwan dollar.

In Asian deals on Thursday, the Chinese yuan soared to 6.8275 against the US dollar. The near term resistance for the Chinese currency is seen at 6.8255. At yesterday's close, the dollar-yuan pair was quoted at 6.8284.

The People's Bank of China has set today's central parity rate for the dollar-yuan pair at 6.8272.

Several economic reports, which were released from China likely influenced the yuan today.

China's gross domestic product rose 8.9% year-on-year in the third quarter, faster than the 7.9% increase in the second quarter and the 6.1% increase in the first quarter. It came in roughly in line with forecasts for a 9% increase.

In addition, China's industrial production rose 12.4% year-on-year in the third quarter, faster than the 9.1% growth in the previous quarter and the 5.1% increase in the first quarter.

Looking ahead, Taiwan will provide September numbers for commercial sales and unemployment. Commercial sales are seen lower by 0.9 percent on year after the 2.12 percent annual contraction in August. The unemployment rate is expected to ease to 6.07 percent from the current 6.13 percent.

Also, Hong Kong will announce September numbers for its consumer price index. Forecasts call for an increase of 0.3 percent on year following the 1.6 percent annual decline in August.

Across the Atlantic, the U..S Labor Department is due to release its customary jobless claims report for the week ended October 17that 8:30 am ET. Economists expect a slight rise in claims to 517,000.

At 10:00 am ET, the Conference Board is scheduled to release a report on the U.S. leading index for September. The consensus estimate calls for a 0.9% increase in the leading indicators index for the month. 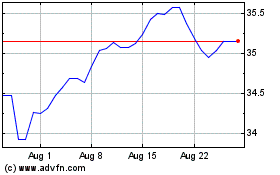 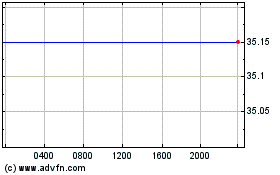