The U.S. dollar strengthened against its major counterparts in the European session on Monday, as worries over a trade war eased a bit after U.S. denied reports of limiting some U.S. investments in China.

Over the weekend, a US official said that the administration does not intend to block Chinese companies from listing shares on U.S. stock exchanges at this time.

This came after media reports suggested Friday that the Trump administration was considering ways to delist Chinese companies from U.S. stock exchanges and limit U.S. investors' portfolio flows into China.

The Chinese state-owned media called Washington's potential restrictions on U.S. investments in China "the latest attempt at a decoupling" and warned such measures will have significant repercussions for the Chinese and U.S. economies, as well as their companies, in the future.

U.S. and China trade team are scheduled to meet in Washington on October 10. The talks had broken down early this year, with both sides responding with tit-for-tat tariffs on each others' goods.

The currency held steady against its major counterparts in the Asian session, excepting the yen.

The greenback appreciated to near a 2-week high of 0.9973 against the franc from last week's closing value of 0.9906. The next likely resistance for the greenback is seen around the 1.01 level.

Preliminary data from the Ministry of Economy, Trade and Industry showed that Japan's industrial production declined at a faster-than-expected rate in August.

The greenback spiked up to 1.0885 against the euro, a level unseen since May 2017. On the upside, 1.06 is possibly seen as the next resistance for the greenback.

Preliminary data from Eurostat showed that Eurozone unemployment rate unexpectedly dropped in August to its lowest level in more than a decade.

The seasonally adjusted unemployment rate fell to 7.4 percent from 7.5 percent in July. Economists had expected the rate to remain unchanged.

Data from the Bank of England showed that British households' borrowing declined in August as uncertainties surrounding Brexit weighed on consumer confidence.

The greenback reversed from an early low of 1.3224 against the loonie, rising to 1.3260. If the greenback rises further, it may find resistance around the 1.35 level. 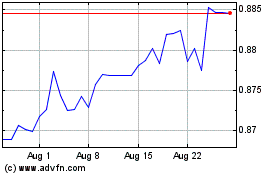 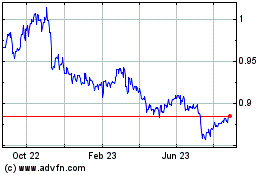 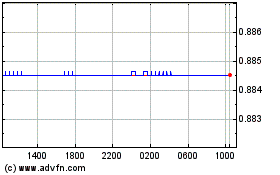