Activity in the New York manufacturing sector unexpectedly grew at a slower pace in the month of January, the Federal Reserve Bank of New York revealed in a report released on Friday.

The New York Fed said its general business conditions index slipped to 3.5 in January from 4.9 in December, although a positive reading still indicates growth in regional manufacturing activity. Economist had expected the index to inch up to 6.0.

The unexpected drop by the headline index came as the shipments index slid to 7.3 in January from 12.1 in December and the number of employees index fell to 11.2 from 14.2.

On the other hand, the new orders index rose to 6.6 in January from 3.4 in December, indicating modestly faster growth.

The report said the prices paid index also climbed to 45.5 in January from 37.1 in December, while the prices received index increased to 15.2 from 10.0.

Looking ahead, the New York Fed said firms remained optimistic that conditions would improve over the next six months, although the index for future business conditions dropped to 31.9 in January from 36.3 in December.

"Manufacturing is slated to stay solid in 2021, but growth will likely moderate in the coming months as vaccines quell goods demand and consumer spending tilts back more towards services," said Oren Klachkin, Lead U.S. Economist at Oxford Economics.

Next Thursday, the Philadelphia Federal Reserve is scheduled to release its report on regional manufacturing activity. The Philly Fed Index is expected to inch up to 12.6 in January from 11.1 in December. 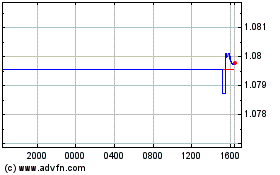