The euro was higher against its most major counterparts in the European session on Tuesday, as Eurozone inflation jumped to near a 10-year high in August, putting pressure on policymakers to pull back stimulus measures to prevent an overheating of the economy.

Inflation rose to 3.0 percent in August from 2.2 percent in July. The rate was above the expected 2.7 percent.

Core inflation that excludes energy, food, alcohol and tobacco climbed to 1.6 percent in August from 0.7 percent last month. Economists had forecast a rise of 1.5 percent.

Risk sentiment was underpinned by Fed Chair Jerome Powell's assurance that the central bank won't rush to raise rates in order to attain more improvement in the labor market. The prospects of continued policy support outweighed concerns about the economic impact of the Delta variant of the virus.

The euro climbed to 1.1832 against the greenback, its highest level since August 6. The euro is seen finding resistance around the 1.20 level.

The euro held steady against the kiwi, after having fallen to nearly a 3-week low of 1.6730 in the Asian session. The pair was trading at 1.6851 at yesterday's close. 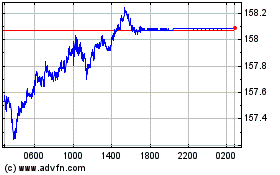