The acquisition of the Holding Tivoly shares and the directly held Tivoly S.A. shares would be carried out on the basis of a price per Tivoly S.A. share provisionally estimated by the parties at €41.5, which may be adjusted (upwards or downwards) depending on certain elements of Tivoly S.A.'s net debt and working capital as of December 31, 2021, provided that the final price may not be less than €37.7 per share. The provisionally estimated price of €41.5 represents a premium of 103% over the closing share price of 2 February 2022. A further announcement will be issued when the final price is determined.

A purchase agreement has been concluded today to enable the parties to finalise the deal; the final documentation would be signed after the completion of the consultation of the employee representative bodies, in accordance with the applicable legal requirements. The completion of the acquisition of the block would take place in the first half of 2022.

If the block acquisition is completed, Holding Tivoly, which will then be controlled by Peugeot Frères Industrie, will file a simplified tender offer for the remaining shares of Tivoly S.A. at a price per share that may not be less than €37.7, with the offer price to be equal to the final price as determined by the parties in accordance with the above.

An independent expert will be appointed by the Board of Directors of Tivoly S.A., in accordance with the provisions of Article 261-1, I and II of the general regulations of the Autorité des Marchés Financiers.

Founded in 1917 by Lucien Tivoly, then developed from 1961 by his grandson Jean Michel Tivoly, the Tivoly Group designs, produces and markets cutting tools for industry, professionals and individuals. Based in Tours en-Savoie, the company is also established in Spain, the United Kingdom, China, Mexico and the United States, and has over 600 employees. Its recognised know-how and wide range of skills have enabled it to become a diversified player in France and abroad. The Tivoly brand has a strong reputation in France, due to the quality and technicality of its products and its capacity for innovation. Its wide range is intended for world-class industrialists in the high-tech sector (aeronautics and medical in particular), but also for craftsmen and private individuals.

The combination of the Tivoly brand, a reference in the sector, and the Peugeot brand, which was born in the tool industry in 1810, will help accelerate the development of the business in an increasingly competitive market. Their common DNA of technical expertise, performance and family roots will enable the group to provide its customers with increasingly innovative solutions. Peugeot Frères Industrie is also one of the shareholders of the Sigma Group, which develops and markets Peugeot stationary and portable power tools.

Jean-François Tivoly will remain Chairman and CEO of Tivoly S.A. until the functions of Chairman and CEO are separated in accordance with best corporate governance practices. He will then remain permanently involved in the management of the company as Chairman of the Board of Directors.

Christian Peugeot, CEO of Peugeot Frères Industrie, said: "Our family is committed to an ambitious approach to the development of the Peugeot brand, a multi-trade brand since its origins, in its historical fields and in new horizons beyond the automotive world. After strengthening our Kitchenware division in 2018 with the acquisition of Monbento and Bretagne Céramique Industrie, we are now pursuing this strategy in Tooling and beyond. We are delighted to support the growth of the Tivoly Group, in an entrepreneurial approach and in the spirit of our shared family values, by acquiring a stake in this fine French company. "

Jean-François Tivoly declared : "In recent years we have established solid foundations for the future development of our group. Our alliance with Peugeot Frères Industrie will enable us to make the most of this potential and to accelerate our organic and external growth. My father Jean Michel Tivoly and my two brothers Marc and Edouard, who have worked hard for this merger, and myself, are very pleased with this transaction, which guarantees the long-term future of the company within a French family shareholding and a shared culture."

Croissance Partenaires and Société Générale are acting as financial advisors and White & Case LLP as legal advisor to Peugeot Frères Industrie for this transaction.

TIVOLY is an industrial group dedicated to the design, production and marketing of cutting tools and associated products and services for manufacturing and maintenance professionals, craftsmen and individuals, the aeronautical sector, and the medical and dental sectors. TIVOLY is listed on Euronext Growth (FR0000060949 - ALTIV). 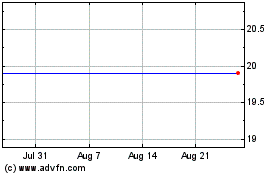 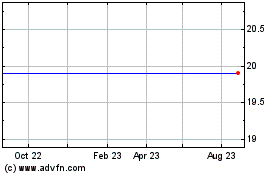 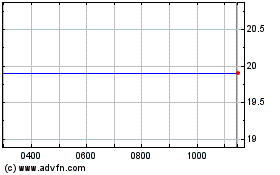