First Nine Months of 2019: resilient income from operations despite a degraded macroeconomic environment

(Comparisons between 2019 and 2018 are like-for-like, unless stated otherwise).

Orders for new systems (€28 million) were stable compared to Q3 2018. At actual exchange rates, they increased by 1%.

Launch of the new Industry 4.0 offers in Asia

In 2018, the Company launched in several countries its first Industry 4.0 offers that enable customers to digitalize and interconnect their entire value chain, and announced they would be progressively available worldwide.

These new offers, whose initial results are in line with the Company's expectations, will be rolled out worldwide between now and the end of 2019, as planned. They should increasingly contribute to revenue growth over the next three years.

Acquisition of the company Retviews

On July 15, 2019, Lectra entered into an agreement to acquire the Belgium company Retviews (see press release of that day).

Founded in 2017, Retviews has developed an innovative technological offer that enables fashion brands to analyze real-time market data and make the best decisions to optimize their collections, increase their sales and margins, thanks to artificial intelligence algorithms.

Retviews has been consolidated in Lectra's accounts since July 15, 2019.

With an average exchange rate of $1.12/€1 for the first nine months, the US dollar was up 6% compared to the same period in 2018, while the yuan strengthened by 1% against the euro.

The first nine months of the year were marked by a very strong wait-and-see attitude by many companies, particularly in the fashion and automotive markets, in a context of uncertainty and apprehension. This adverse climate is primarily the consequence of the trade wars between the United States, on the one hand, and Mexico, China and Europe, on the other, and the slowing of the automotive sector, particularly in China.

In these circumstances, orders for new systems (€81.9 million) were down 10% compared to the first nine months of 2018: new CAD/CAM and PLM software licenses increased by 7%, CAD/CAM equipment and accompanying software decreased by 15% and training and consulting by 2%.

While commercial activity was highly impacted by the difficult macroeconomic environment, the Company's business model proved its overall strength throughout the first nine months of the year. The increase in recurring revenues and in gross profit margins, combined with tight control over fixed overhead costs, successfully offset the decline in revenues from software licenses, equipment and non-recurring services.

Cash and cash equivalents, as well as net cash position, totaled €102.4 million, after the dividend payment of €12.8 million and the disbursement of €8 million for the acquisition of the company Retviews.

At the start of the year, the Company set objectives of achieving revenue growth of 3% to 7% in 2019, like-for-like, with growth in income from operations before non-recurring items down 4% in the low assumption and up 4% in the high assumption.

In light of the shortfall in orders for new systems in the first half of the year and limited visibility regarding those orders in the second half, the Company reported on July 29 that it now anticipates a decline of 1% to 5% in revenues and 4% to 14% in income from operations before non-recurring items, like-for-like.

The results of the third quarter and first nine months of the fiscal year confirmed this anticipation.

Bolstered by the strength of its business model and its roadmap fully geared to the demands of Industry 4.0, the Company can remain confident in its prospects for the medium term.

Q4 and FY 2019 earnings will be published on February 11, 2020.The management discussion and analysis of financial conditions and results of operations and the financial statements for the first nine months of 2019 are available on lectra.com.

For companies that breathe life into our wardrobes, car interiors, furniture and more, Lectra is crafting the premium technologies that facilitate the digital transformation of their industry. Lectra’s offer empowers brands and manufacturers from design to production, providing them with the market respect and peace of mind they deserve. Founded in 1973, today Lectra has 34 subsidiaries across the globe, serving customers in over 100 countries. With more than 1,750 employees, Lectra reported revenues of $333 million in 2018. Lectra is listed on Euronext (LSS). 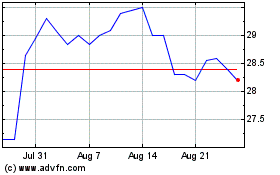 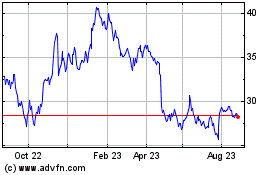 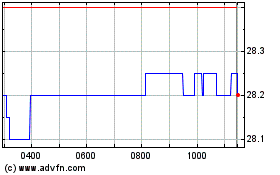