By Kim Richters and Mauro Orru

Royal KPN NV said Sunday that it has rejected an unsolicited takeover offer from investment firm KKR & Co as well as a separate one by private-equity firms EQT AB and Stonepeak Infrastructure Partners.

The Dutch telecommunications company said its board of management and supervisory board came to the decision after reviewing the two approaches, adding that there haven't been negotiations with the suitors.

"The boards concluded to reject both unsolicited approaches as they did not provide tangible and material added value to KPN's widely supported new strategy," the company said.

Royal KPN unveiled its new strategy in November to leverage and expand its network, bolster its customer footprint and streamline its operating model.

The strategy includes the acceleration of fiber rollout across the Netherlands, a progressive dividend policy and regular dividend per share growth between 3% and 5% per year as well as a cost savings effort of at least 250 million euros ($300.5 million) from 2021 until 2023.

EQT declined to comment when approached by The Wall Street Journal on Monday, while Stonepeak and KKR didn't immediately respond to requests for comment. 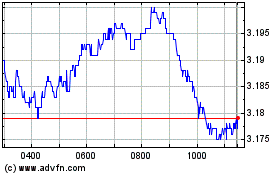