PARIS--French energy company Total SA said on Thursday it plans to pump more than $600 million into two struggling refineries and cut 180 jobs, in a sign of the coming pressures on European refiners.

Total said it will invest about $428 million to upgrade its Donges refinery in western France and pour $214 million into transforming the La Mède refinery near Marseille into a biofuel plant. At La Mède, the company will cut staff to 250 from 430 through early retirements and transfers.

The changes come at a moment of transition for European refiners who have experienced good times for the past several months after years of losses. Spain's Repsol SA, Portugal's Galp Energia and Italy's Eni SpA have all reported strong profits from refining recently.

But analysts have cautioned that profits won't last after historically low oil prices eventually rise and new supplies of refined products continue to arrive from Russia and the Middle East.

At a news conference, Total Chief Executive Patrick Pouyanné said Europe's refining industry was in a "crisis," and said he had to take action.

"There are three possible responses to the crisis in the European refining industry," Mr. Pouyanné said. "The first is to throw in the towel. The second is to do nothing and perish. The third is to innovate and adapt."

Total has long struggled with overcapacity in European refining. European demand for petroleum products has dropped 15% since 2008, according to Total, while the boom in shale oil and gas has given an advantage to U.S. competitors. Weaker demand in the EU stems in part from the continent's drive to have a lower carbon footprint and the greater fuel efficiency of new cars, Total said.

Until recently, European refiners had struggled with an oversupply of refined products in the continent, with cheaper American fuels and Russian and Middle Eastern distillates flooding the market.

European energy firms have closed 20 refineries since the oversupply crisis began in 2008, leading to a reduction in overall capacity of 16.4%, estimates PJK International, an oil-market research company.

The rapid descent of oil prices and a need for crude storage have helped turn things around, for now, for European refiners. But the good times will soon be over, said Patrick Kulsen, managing director of PJK International.

"Sooner or later, oil product tanks will be full, prices on refined products will come down, and the effect [of declining oil prices] will be gone," Mr. Kulsen said.

Total's move on Thursday would continue Europe's trend of reducing refining capacity; along with other capacity cuts at Total's Lindsay refinery in the U.K. and closures elsewhere in Europe, Total is cutting 20% of its refining capacity. It is part of a refining-business overhaul that Mr. Pouyanné announced in February.

"It is positive to see Total addressing the structural issues facing these assets; however, the benefits are still some way off and far from a given," said Marc Kofler, an equity analyst at Jefferies.

Mr. Pouyanné's plan is far from a done deal at Total, where a strongly unionized workforce vowed to oppose parts of it.

"The CFDT will not back any job losses. Every euro that is invested at La Mède and Donges must offer development opportunities," the CFDT union said in a statement.

Total's effort to revamp antiquated oil distilleries contrasts with some smaller European rivals such as Galp and Repsol, which during the early years of the refining slump poured billions of euros into modernizing their operations.

While oil prices remained high, these investments paid meager dividends, but during the recent slump in crude, the strategy is finally starting to pay off. Last week, Repsol said its refining margin had jumped to its highest level ever in the first quarter, cushioning the hit from plunging oil prices at its oil pumping unit. 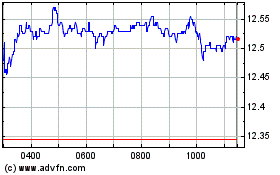