--Suez says it will resist "creeping takeover" by Veolia

By Pietro Lombardi and Joshua Kirby

Suez SA has criticized a new offer put forward by Veolia Environnement SA to buy a 29.9% stake in the company from shareholder Engie SA.

The terms of the new offer remain "vague" and don't guarantee the interests of shareholders and stakeholders, the French waste-management company said Wednesday.

Suez said it would "put all the means at its disposal to avoid a creeping takeover or de facto control by its main competitor." It asked Engie not to take a decision under Veolia's terms and timetable.

"The board is actively pursuing its work in order to enable the announcement, as soon as possible, of a solution that will suit all Suez shareholders," it said.

On Wednesday, Veolia increased its offer to Engie to 18 euros ($21.14) for each Suez share, from a previous offer of EUR15.50 a share. Veolia also promised job security for Suez employees in France in the new offer.

Engie has yet to respond to the increased bid. The energy company's chairman, Jean-Pierre Clamadieu, told a National Assembly hearing earlier in the week that he was confident Veolia would offer the necessary job guarantees. He added that Engie's response to a renewed approach would depend on the price offered.

Write to Pietro Lombardi at pietro.lombardi@dowjones.com and to Joshua Kirby at joshua.kirby@dowjones.com 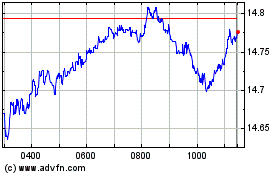