Engie SA shareholder Amber Capital on Tuesday encouraged the French energy company to accept Veolia Environnement SA's approach for its stake in Suez SA, arguing that the disposal was a good opportunity and raising concerns over the methods employed by Suez's management.

In a letter to Engie's board of directors, Amber Capital recognized the need to correctly value Engie's stake in the waste-management company, and to ensure that concerns around job security are addressed, but said the approach was a unique opportunity to create value for Engie and its shareholders.

Veolia is set to submit by Wednesday what its Chief Executive Antoine Frerot has called an "improved offer", after Engie rebuffed an initial bid of 2.91 billion euros ($3.43 billion) for a 29.9% stake in Suez.

Amber said in the letter that it was urgent Engie take this opportunity, noting that disposal of Suez would be a positive milestone in the energy company's strategy, announced in July, to refocus on renewables and infrastructure.

"The proceeds from this disposal would allow Engie to finance its development projects," Amber said,

The asset-management firm added that Suez's management was not serving the interests of shareholders well. "We are deeply concerned by the hostile methods used by the management of Suez, consisting in integrating its Suez Water France activities into a Dutch Foundation to attempt to block the merger, and doing so without consulting its shareholders," Amber said.

Amber added that postponing the decision over Veolia's approach would constitute a major strategic error. 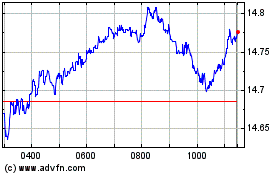