Delta Drone and DIODON Drone Technology today announced the signing of a capital agreement, combining capital increase and issuance of a convertible bond, which will allow Delta Drone to hold a minority stake of more than 10% in the capital of the Toulouse start-up, alongside the two founders and executives of the company.

This operation will enable DIODON Drone Technology to have increased financial resources, notably to finance the industrialization and commercialization of its new drone, the DIODON HP30.

Created in March 2017 in Toulouse by two engineers who graduated from ISAE-Supaéro, the company is developing a very innovative and unique concept in the world of micro-drones with inflatable structure of reconnaissance, surveillance and inspection dedicated to demanding environments (maritime, sandy, equatorial).

The first system presented was the DIODON SP20 at Eurosatory in June 2018, a rustic multirotor drone with an inflatable structure. With feedback from experience, for example during a deployment on Barkhane in mid-2019 or the use of the drone by european marine special forces, the company then embarked on the development of a professional, industrialised drone for maritime applications.

One year after the launch of the program and despite the COVID-19, the DIODON HP30 was born.  While it is also based on an inflatable structure characteristic of the DIODON range, the technological leap is all the greater as the technology and components differ. While the DIODON SP20 used components on the shelf, it was impossible to do the same for a drone that was rustic and really amphibious.The DIODON HP30 has been developed around a very high-performance payload, completely waterproof and mechanically stabilized, which will allow the drone to operate day and night, thanks to two electro-optical and thermal sensors. More than the detection, recognition and identification (DRI) aspect, the entire vector has been improved, from the military-grade connectivity, to the completely watertight external batteries, to the specific electronics designed with strong sovereignty constraints.

However, an aerial drone operates primarily in a more complex system from which it represents only a deported sensor. In this logic and thanks to the mastery of DIODON Drone Technology of the entire manufacturing of the system (drone, ground station, batteries ...), the company has been able to forge strong links with French companies to innovate in the drone segment.

Strong links at first with well-known French naval defence players, such as Nexeya  and  Naval Group, which supported them in the development of their drones. And also with regional startups, such as Donecle (of which Delta Drone is a shareholder) which specializes in automated inspection, to develop, for example, an automatic inspection drone solution for offshore wind turbines.

These technological and commercial partnerships make it possible to establish DIODON Drone Technology as a key player on aerial drone topics in maritime environments, both in the defence sector, as well as for civilian applications.

For Delta Drone, investing in DIODON Drone Technology is a major strategic opportunity. First, it complements in a very consistent way the minority stakes taken in high-potential startups with close activities, notably Donecle and Elistair. Secondly, "marine" technology could be used to support the ISS Spotter professional solution, particularly in port infrastructure surveillance and security services in France and abroad.

About Delta Drone: Delta Drone Group is a recognized international player in the civil drone industry for professional use. It develops a range of professional solutions based on drone technology as well as all associated services that form a complete value chain.Delta Drone shares are listed on the Euronext Growth Paris market - ISIN Code: FR0011522168Also listed on Euronext Growth of BSA Y - Code ISIN: FR 0013400991 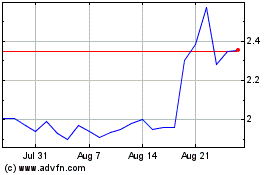 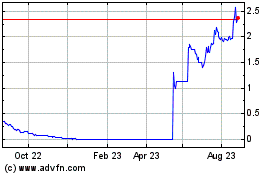 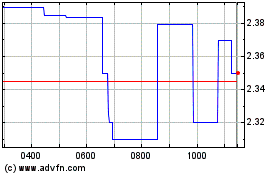