AMSTERDAM--Food retailers Koninklijke Ahold NV and Delhaize Group have agreed to sell 86 U.S. stores in a bid to win approval from the U.S. Federal Trade Commission for their roughly $31 billion tie-up.

In a joint statement on Thursday the companies said their U.S. subsidiaries have reached agreements with seven buyers, subject to FTC clearance and formal completion of the merger.

The Netherlands-based Ahold and Belgium-based Delhaize said earlier this week they expect to close their merger by the end of July.

FTC approval is the last and biggest hurdle facing the two retailers in their effort to merge, as the combined company would generate around two-third of its sales in the U.S., with nearly 2,000 stores along the East Coast. Ahold and Delhaize signaled in previous months that the FTC is likely to require the divestment of only a limited number of stores because they have little overlap.

The stores being sold represent 4.1% of the combined companies' U.S. store count and 3.2% of U.S. net sales. Last year, the firms reported combined sales of $44 billion in the U.S. through Ahold's Stop & Shop and Giant stores and Delhaize's Food Lion and Hannaford chains.

The all-share merger between Ahold and Delhaize would create one of the largest grocery chains in the U.S. and Europe, with more than 6,500 stores and 375,000 employees. The companies hope the merger will strengthen their buying clout and reduce costs as they are grappling with competition from discounters and upscale chains. 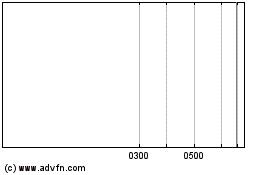