The European Union's insurance regulator has asked insurers and reinsurers in the region to temporarily suspend dividends and consider a postponement of bonuses amid the coronavirus pandemic, knocking stocks across the sector.

The European Insurance and Occupational Pensions Authority late Thursday urged insurers to have a prudent approach to shareholders' remuneration and variable pay. It wants insurers and reinsurers to preserve their capital position and ability to absorb potential losses, as well as ensure the continuity of their services.

The advice sent insurers' share prices dropping across the continent. Among the biggest fallers were France's CNP Assurances and the U.K.'s Legal & General Group PLC, which closed around 10% lower. Also hard hit were Dutch companies NN Group NV and Aegon NV, which lost 6.5% and 8.5%, respectively. The U.K. still follows European insurance regulation during the Brexit transition.

Some major European insurers have recently said they continue to expect to pay their previously declared 2019 dividends, including Germany's Allianz SE and Munich Re, which also closed in the red.

France's insurance giant AXA SA decided on Friday to postpone its shareholders' meeting to have more time for talks with regulators.

Insurers and reinsurers "should ensure that their assessment of the overall solvency needs is forward-looking, taking due account of the current level of uncertainty on the depth, magnitude and duration of the impacts of Covid-19," the authority said.

"In such context, the variable part of remuneration policies should be set at a conservative level and should be considered for postponement," it added.

Write to Pietro Lombardi at Pietro.Lombardi@dowjones.com and Adam Clark at Adam.Clark@wsj.com. 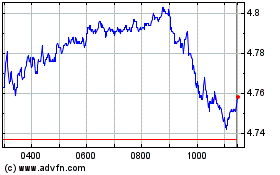