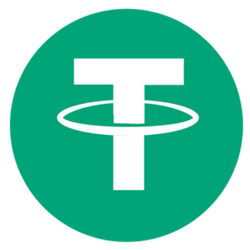 On Monday, it was announced that they have been given regulatory approval to launch a Stablecoin that is backed by fiat and supported by their existing Gemini trading platform.

Perhaps, since this has come to pass, there is actually something to be said for working within the frameworks that United States regulators have provided for Crypto projects, so far.

Before taking this as the sign that the US government’s opinion on Crypto projects has shifted for the benefit of the space, let’s pump the brakes for a second.

In theory, we can say this is one step in a direction that could be beneficial for the growth of the Blockchain industry. In practice, not only has the Stablecoin had no time to prove its use, it has only been regulated by New York regulators, which means the overarching agencies like the SEC, have expressed no opinion on the subject. As with any Crypto project that does not have a current regulatory opinion behind it at the national level, the risk remains that it could be hamstrung by future regulations at any time.

In the interests of a fair analysis of this offering, however, it is important to understand what the twins are offering with what is being called the “Gemini dollar.” To even begin to fully grasp this, it is reasonable to start with Gemini’s mission, which is to “build a bridge to the future of money.”

A Stablecoin, by definition, is a currency that serves as an easy bridge between Crypto and fiat, due to the fact that it is both a Cryptocurrency and a slightly centralized currency, at the same time.

In other words, it is backed by a traditional currency and yet able to function as a Cryptocurrency, all at once. Because of this special form of existence, it is also logical to call a Stablecoin less volatile than the average Cryptocurrency, which is why Crypto funds like to use Stablecoins as a hedge against some of the inherent risk in the industry.

Now that we have gotten that out of the way, we can move on to what is known about the Gemini dollar, at this time. In truth, all of the existing information on the project mainly comes from Gemini’s initial announcement and white paper, as well as Cointelegraph’s reaction piece to their announcement.

Gemini claims that their Stablecoin will act as the very definition of what a Stablecoin should be: one that is a secure, safely pegged, but digital version of a fiat currency that moves as it it were a Cryptocurrency.

Up to now, only Tether has gained enough traction to consistently perform with the market’s top players, though many would call this project a scam, given its colorful history.

The only logical way to tell if the Gemini dollar is through watching it over time, as it is actively traded on the traditional as well as the Crypto market. Until then, it is nothing more than another promising Cryptocurrency with the added benefit of being partially regulated in order to minimize a significant element of its inherent risk.