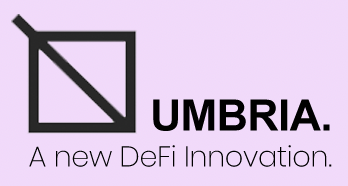 Farming rewards have begun for UMBR holders depositing into the Umbria Farm.

Currently, approximately 1 UMBR token is minted per minute; a share of which is distributed to anyone who has staked their Uniswap ETH LP- UMBR tokens in the Farm (smart contract). Rewards for those depositing commenced on Saturday 27th March at block 12120000 and will continue for a further 50,000 blocks. The APY at time of writing is 1187%.[1]

The Umbria DeFi protocol, which uses cutting edge layer 2 technology, provides full flexibility on governance rewards given to holders with the amount minted per block easy to change and vary as many times as necessary. Umbria offers an improvement to the SushiSwap protocol by leveraging the next generation of DeFi technology - layer 2. Community members can make governance proposals on the Umbria Discord channel. As the project matures there will be full on chain governance so token holders will be able to vote on how many UMBR per block are minted for farming.

plus the Umbria rewards received will go back into their metamask wallet. Those that have added their LP tokens to the Umbria Farm will be included in the Umbria airdrop snapshot on April 15th and eligible to claim their free tokens on May 15th.

"Our code base provides more flexibility on governance and, specifically for yield farmers, more flexibility for token distribution than SushiSwap," said Barney Chambers, Co-lead developer at Umbria. "We're really excited by the progress of Umbria and the very positive response of our growing community."

See the latest price of UMBR on CoinMarketCap:

Head on over to our Discord channel or Telegram to find out more on the latest developments.

If you are interested in becoming an official Umbria Ambassador and earning additional UMBR please get in touch at hello@umbria.network using the subject 'Brand Ambassador' in your email. You can also contact on the above channels as well as Twitter and Facebook.

Umbria is available on Uniswap and users can add liquidity to earn fees. A user of Umbria will soon be able to swap tokens and earn interest on their cryptocurrency positions on the Umbria website with other facilities coming online (via developers and community initiatives) which will utilise the Umbria protocol and its governance token. One of the initial features of Umbria is that it will allow users to deposit cryptocurrency as liquidity in AMM (automated market making) pools to earn fees from token swapping and earn additional Umbria as an incentive for providing liquidity. The Umbria governance token will also enable users in the network to take control over decision-making and have voting power over the development and governance of Umbria's protocol. 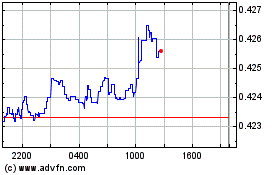