1.66
-0.043958 (-2.57%)
Real-Time
Market Open
1.66
Three US States Going After BlockFi In Regulatory Crackdown
July 25 2021 - 01:47AM
NEWSBTC
New Jersey, Texas, and Alabama have individual state regulators issuing concerns that New Jersey-based DeFi firm, BlockFi, is offering unregistered securities. Regulators seem to particularly point to BlockFi’s Interest Account (BIA), which offers rates that consumers are now becoming accustomed to in DeFi – but that have blown traditional banking rates out of the water. The ‘Unusual Three’ Crypto in it’s relatively early emergence in discussions around regulation and broader adoption, has largely been considered a somewhat bipartisan topic. Which makes the three states going after BlockFi a particularly unusual trio. New Jersey, the company’s home state and traditionally a very Democratic-run state at that, is arguably the most aggressive of the three states making claims against the firm. New Jersey has ordered BlockFi to stop offering it’s BIA product to state residents by July 29 according to a recent cease and desist from the state’s Bureau of Securities. Texas, a traditionally Republican-led state, has also issued a cease and desist with a hearing date currently set for October. The document also cites BIAs as a concern, stating that BlockFi “is, in part, illegally funding its lending operations and proprietary trading through the sale of unregistered securities in the form of cryptocurrency interest-earning accounts.” Finally, we have another typically Republican-led state in Alabama issuing a ‘Show Cause Order‘ to BlockFi this past week. The company now has less than 30 days to show the state securities commission why they should not be issued a cease and desist for selling unregistered securities. The show cause document suggests that BIAs should be registered with applicable securities regulators. It’s becoming pretty clear, at least in the case of BlockFi recently, that regulatory hurdles do not live on any particular side of the political aisle. Bitcoin's can be deposited into BlockFi's BIA product to yield substantial interest-bearing returns. | Source: BTC-USD on TradingView.com Related Reading | Uniswap Limits Access To Certain Tokens, What It Could Mean For The DeFi Sector Is DeFi In Trouble? BlockFi issued a recent responding statement in a tweet that stated that the firm wholeheartedly believed that it’s BIAs were “lawful and appropriate for crypto market participants”, adding that the company welcomes “discussions with regulators and believe(s) that appropriate regulation of this industry is key to its future success.” It’s difficult to say the impacts in such an early stage of aggressive regulatory attacks on DeFi, particularly given that of the major players in the yield-generating space, only BlockFi is being highlighted here. Will other states join these three, and will major BlockFi competitors start facing challenges as well? Or are these state regulators simply cracking a proverbial whip – or are there enough substantial differences in how BlockFi competitors, such as Nexo or Celsius, are funding their interest-bearing accounts that leave them absorbing less regulatory risk? Either way, it is becoming abundantly clear that crypto’s relatively quick mainstream success, paired with slow-moving federal decision making, will leave emerging firms – but hopefully not forward-thinking consumers – with some inherent challenges. Related Reading | Tether To Conduct An Audit To Negate Claims Concerning Transparency Featured image from Pixabay, Charts from TradingView.com
Nexo (COIN:NEXOUSD)
Historical Stock Chart
From Aug 2021 to Sep 2021 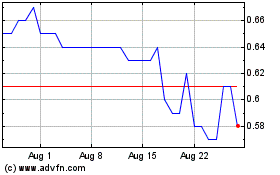 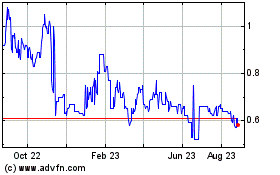 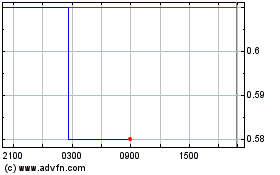