1.65
0.010 (0.61%)
Real-Time
Market Open
1.65
Do Kwon Statement: A Possible Trigger For Terra Tokens Price Surge
September 27 2022 - 03:00PM
NEWSBTC
The collapse of the algorithmic stablecoin Terra and its ecosystem in May 2022 created a massive crisis in the crypto space. Coupled with the extreme crypto winter, the industry witnessed massive losses. As a result, billions of dollars were lost, and many investors lost faith in crypto. Gradually, the space is experiencing a revival as several crypto assets and firms are picking up their shackles. The rebuilding and consolidation of value are slowly creating hope for some participants. In addition, the emergence of some events and activities in the industry could bring cryptocurrency a more robust atmosphere. Related Reading: Investors Cash Out $5M From 7-Week Bull Run On Short Bitcoin Terra had staged its comeback with the launch of Terra Classic (LUNC) and the recent rollout of Terra (LUNA). However, the LUNA ecosystem is still swinging under the balance as more allegations are piled on Do Kwon, the co-founder of Terraform Labs. Kwon was accused of being on the run since the fall of the LUNA ecosystem. Kwon Reacts To The Allegations Of Hiding However, the Terra chief took to Twitter recently to clarify the allegation of his hiding from the authorities. He said he had not made any effort to hide anywhere, explaining that he had been in public places like malls and on walks in the past weeks but didn’t run into anyone. Recall that the International Criminal Police Organization (Interpol) issued a Red Notice officially against Do Kwon. This report caused the previous collapsed prices of Terra Classic (LUNC) and the recently released Terra (LUNA). Also, there has been a previous report that Do Kwon may return to South Korea. This is because its Foreign Ministry passed the request to scrap his international passport. According to the report, Kwon will have to be in his country within two weeks once the action is successful. Also, the South Korean Prosecutors disclosed the Interpol request worldwide for law enforcement to arrest Do Kwon on sight. Reacting to Kwon’s Twitter post, a user asked the Terra Chief his opinion regarding the Interpol Red Notice. Kwon responded that he had searched for it on their website but had not seen such. Possible Reasons For Terra Token Price Surge Following Kwon’s statement, the Terra tokens’ performance has been impressive. But that’s the entire reason for the surge. In addition, the global leading crypto exchange, Binance, indicated its support for the Terra burning mechanism. The exchange will burn a percentage of all trading fees on the spot and margin trading pairs of Terra Classic. LUNC burn address will receive the burnt rates. Related Reading: LUNC Price Increases as Binance Decides To Burn Trading Fees In a 24-hour space, Terra Classic (LUNC) made a 61% reclaim of its value. Also, its trading volume spiked by 250% to hit $2.29 billion over the past 24 hours. Similarly, the recently launched Terra (LUNA) recorded a positive trend within 24 hours. The price climbed by 30% as its average trading surged to $2.68. Also, the trading volume is at $730 million, showing a rise of about 204%. Featured image from Pixabay, Chart: TradingView.com
Terra (COIN:LUNAUSD)
Historical Stock Chart
From Nov 2022 to Dec 2022 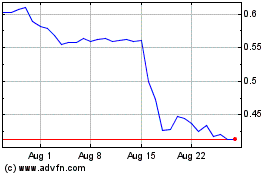 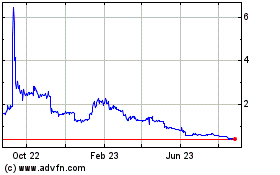 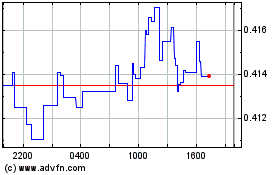