NexTech AR Solutions Corp. (OTCQB: NEXCF) (CSE: NTAR) (FSE: N29) (the “Company” or “NexTech”), is pleased to announce that it has filed and obtained a receipt for a final short form prospectus in each of the provinces of Canada, except Quebec, in connection with its previously announced offering (the “Offering”) of units of the Company (the “Units”) at a price of $6.50 per Unit (the “Offering Price”) for gross proceeds of up to $15,000,000. The Offering is being led by Mackie Research Capital Corporation as sole agent and sole bookrunner (the “Agent”).

Each Unit shall be comprised of one common share in the capital of the Company (each a “Common Share”) and one-half of one common share purchase warrant of the Company (each whole common share purchase warrant being a “Warrant”). Each Warrant is exercisable into one common share (each a “Warrant Share”) at a price of $8.00 for a period of 24 months following the closing of the Offering, subject to an accelerated expiry if the volume-weighted average price of the Common Shares on the Canadian Securities Exchange (the “Exchange”) (or such other stock exchange where the majority of the trading volume occurs) exceeds $11.00 for 15 consecutive trading days. At any time after such an occurrence, the Company may give written notice (via news release) to the holders of the Warrants that the Warrants will expire at 4:00 p.m. (Vancouver time) on the 30th day following the giving of notice unless exercised by the holders prior to such date.

The Company has granted the Agent an option (the “Over-Allotment Option”) to cover over-allotments and for market stabilization purposes, exercisable in whole or in part at the sole discretion of the Agent, at any time up to 30 days from the closing of the Offering, to increase the size of the Offering by up to 15% of the number of Units (and/or the components thereof) sold pursuant to the Offering, on the same terms and conditions of the Offering.

The net proceeds raised under the Offering will be used for sales and marketing expenses, research and development, working capital, potential strategic acquisitions and general corporate purposes.

The closing of the Offering is expected to be on or about the week of August 17, 2020 and is subject to certain conditions including, but not limited to, the receipt of all necessary regulatory approvals, including the approval of the Exchange.

The Company will use commercially reasonable efforts to list the Common Shares and the Warrant Shares on the Exchange, subject to the Company fulfilling all of the listing requirements of the Exchange.

NexTech is one of the leaders in the augmented reality (AR) industry. NexTech has a two-pronged strategy for growth including growth through acquisition of eCommerce businesses and growth of its omni-channel AR SaaS platform called ARitize™.

The Company is pursuing four verticals in AR.

ARitize™ For eCommerce: The Company launched its technologically advanced webAR for eCommerce early in 2019. Its current customers include Walther Arms, Wright Brothers, Mr. Steak, and Budweiser. NexTech has the first ‘full funnel’ end-to-end eCommerce solution for the AR industry including its 3D product capture, 3D ads for Facebook and Google, ‘Try it On’ technology for online apparel, 3D and 360-degree product views, and ‘one click buy’.

ARitize™ 3D/AR Advertising Platform: The Company launched this advertising platform in the first quarter of 2020. The ad platform will be the industry's first end-to-end solution whereby the Company will leverage its 3D asset creation into 3D, 360, AR ads.

InfernoAR: InfernoAR is a SaaS video platform that integrates interactive video, artificial intelligence and augmented reality in one secure platform to allow enterprises the ability to create virtual event management and learning experiences. InfernoAR has automated closed captions in over 64 languages.

ARitize™ Hollywood Studios: The studio has created a proprietary entertainment venue for which it is producing immersive content using 360 video, and AR as the primary display platform.

NEITHER THE CANADIAN SECURITIES EXCHANGE NOR ITS REGULATIONS SERVICES PROVIDER HAVE REVIEWED OR ACCEPT RESPONSIBILITY FOR THE ADEQUACY OR ACCURACY OF THIS RELEASE.

Forward-looking information is subject to various risks and uncertainties which could cause actual results and experience to differ materially from the anticipated results or expectations expressed in this news release. The key risks and uncertainties include but are not limited to: general global and local (national) economic, market and business conditions; governmental and regulatory requirements and actions by governmental authorities; relationships with customers, business partners and competitors; the Company’s ability to win business from new customers and expand business from existing customers; the timing of new customer wins; and achieving the Company’s development goals.  As a result of the foregoing, readers should not place undue reliance on the forward-looking information contained in this news release concerning the development of NexTech’s products and markets and the receipt of all required regulatory approvals. A comprehensive discussion of other risks that impact NexTech can also be found in NexTech’s public reports and filings which are available under NexTech’s profile at www.sedar.com. 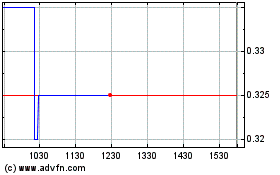