SYDNEY-- Westpac Banking Corp. has agreed to pay the largest fine in Australian corporate history to settle a civil lawsuit that revealed more than 23 million breaches of the country's money-laundering and terrorism-financing laws.

Westpac, Australia's second-largest bank, said it would pay a $920 million penalty for breaches that included a failure to detect transfers that may have been used to facilitate child exploitation in Asia.

The bank also said it had failed to report more than 19.5 million international transfers and didn't keep records relating to the origin of some of them.

The proposed agreement with the federal government's financial-intelligence agency, which remains subject to court approval, includes further admissions by the bank it contravened the law another 76,000 times.

"We are committed to fixing the issues to ensure that these mistakes do not happen again," said Westpac Chief Executive Peter King. "We have also closed down relevant products and reported all relevant historical transactions."

The penalty of 1.3 billion Australian dollars, equivalent to $920 million, follows legal proceedings brought by the Australian Transaction Reports and Analysis Centre, or Austrac, in November last year. Westpac said the additional breaches that came to light following that claim meant the settlement was larger than a A$900 million provision made by the lender in May. That provision has now been increased by A$404 million.

Australia's banks once held a reputation for being among the world's safest and most profitable for investors, but a series of scandals in recent years has rocked the country's top financial institutions. The country's biggest lender, Commonwealth Bank of Australia, in 2018 settled a case involving more than 53,700 money-laundering contraventions for A$700 million plus legal costs.

Austrac Chief Executive Nicole Rose said the settlement sends a strong message to the banking industry that it would act to ensure Australia's financial system remains strong to prevent it being exploited by criminals. "Our role is to harden the financial system against serious crime and terrorism financing and this penalty reflects the serious and systemic nature of Westpac's noncompliance," she said.

In court documents filed last year, Austrac alleged Westpac's infractions between 2013 and 2019 were "the result of systemic failures in its control environment, indifference by senior management and inadequate oversight by the board."

That led to a failure to properly assess and monitor the risks in moving money in and out of the country and to carry out appropriate due diligence on customers--who were known for child-exploitation risks--sending money to the Philippines and elsewhere in Southeast Asia, Austrac said.

Austrac alleged Westpac failed to carry out due diligence on 12 of its customers to manage known child-exploitation risks. In one case, when a customer who had served jail time for child exploitation opened a number of Westpac accounts, only one was promptly identified as indicative of child exploitation. The customer continued to send frequent low-value payments to the Philippines through accounts that weren't being monitored appropriately, Austrac said.

Westpac, which has a market value of $41.8 billion, changed its chief executive soon after the lawsuit was filed by Austrac and brought forward the retirement of its chairman.

An internal investigation by Westpac identified three main causes of the compliance failures. Some areas of money laundering and counterterrorism financing risk weren't sufficiently understood within the company, the bank said. It was unclear who was accountable for managing compliance with the laws, while the bank didn't have enough staff working in that area, Westpac said.

The internal investigation also concluded that directors could have recognized earlier the systemic nature of some of the financial-crime issues that Westpac was facing. A total of 38 employees took a hit to their pay, including bonuses being withheld. Some staff have been disciplined, Westpac said in June when publishing the review's conclusions.

"We have recruited about 200 financial-crime people to the group, created a new Group Executive position directly responsible for improving our financial-crime capability, and established a new Board Legal, Regulatory and Compliance subcommittee," Mr. King said Thursday. 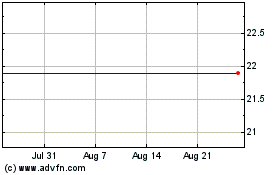 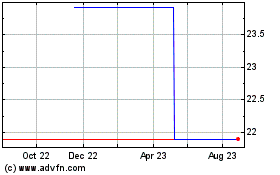 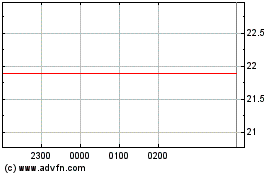