Investments in Peru's mining and hydrocarbon sectors are expected to reach $43 billion within the next seven years, but the most significant new projects are not expected to come on line before 2012.

A report Tuesday by Peru's oil, mining and energy society, the SNMPE, said after a contraction in international demand for metals and hydrocarbons in 2009, projects in Peru's mining and hydrocarbon sectors are expected to reach $43 billion in the next five to seven years.

"The financial crisis meant a reprogramming of investments and a contraction in the demand for metals and hydrocarbons," said Hans Flury, SNMPE president.

Now, however, as demand picks up again, a total of $43 billion is expected in projected investments, Flury said. Of the total, about $35 billion is planned for the mining sector and $8 billion for the hydrocarbon sector.

A further $3.4 billion will be invested in electricity production and transmission projects.

While Flury would not forecast precise investment figures for 2010 or 2011, a report published Monday by Scotiabank said mining sector gross domestic product should rise by about 1% in 2010, although significant investments will not be seen until 2012.

New operations in 2012 include Aluminum Corp. of China Ltd. (ACH), or Chinalco's, Toromocho copper project, with an expected investment of over $2 billion, and Southern Copper Corp.'s (PCU) Tia Maria project, an investment of about $1 billion.

Negative factors for this year, Scotiabank said, would be a possible 25% decrease in production from the Yanacocha gold mine, run by Newmont Corp. (NEM). The decrease is so far unconfirmed by Newmont, the bank noted.

The most significant project in 2010, the bank said, would be Compania Minera Antamina SA's $1.3 billion investment to expand copper and zinc production in 2012.

As of 2013, several new projects are expected to start, including a $3.6 billion copper mining project by Xstrata PLC (XTA.LN) and a $2.5 billion iron mining investment by Strike Resources Ltd. (SRK.AU).

In 2009, the SNMPE noted, Peru became the world's second biggest copper producer, a long way behind Chile, but just ahead of the U.S. 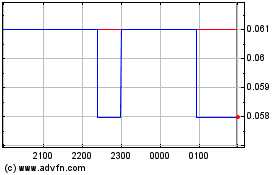