Reckitt Benckiser Group PLC (RB.LN) Wednesday added condoms and insoles to its stable of products, as it continued to reposition itself as a personal care company with the GBP2.54 billion acquisition of SSL International PLC (SSL.LN).

Reckitt said it would pay 1163 pence in cash per SSL share as well as a dividend of 8 pence, valuing the company at GBP2.54 billion. It will also assume SSL's GBP41.1 million debt.

The acquisition adds Durex condoms and Scholl footcare products to its stable of "powerbrands" and will immediately boost earnings.

The deal's key benefit is to accelerate Reckitt's shift to the faster-growing and higher-margin health and personal care sector, and away from the more sluggish household products categories, said Evolution analyst Chas Manso.

Health and Personal Care brands such as Nurofen, Strepsils and Veet have been the key drivers of Reckitt's growth in recent years as household goods such as Airwick, Cillit Bang and Harpic posted more subdued growth through the recession.

Reckitt has expanded its health and personal care business rapidly, buying Adams Respiratory Therapeutics for GBP1.1 billion in 2007 and Boots Healthcare International for GBP1.93 billion in 2006.

Wednesday's acquisition will increase the unit's sales by 36% to GBP2.8 billion, or one third of the group's total.

Durex and Scholl grew at 4.8% and 5.7%, respectively, last year and Becht said Reckitt could accelerate this through investment and Reckitt's greater distribution.

The company is targeting GBP100 million of cost savings by the end of 2012 from closing administration functions and improving procurement.

Shirley said Reckitt's good track record of integration meant the targets can be achieved, and may be exceeded.

The GBP100 million in cost savings is almost as high as SSL's entire operating profit in the year to March of GBP126 million. Reckitt's profit in 2009 was GBP1.89 billion.

Reckitt can certainly afford the deal. Its strong cash flow means it quickly pays down debt and had net cash of GBP663 million at the end of the first quarter.

Reckitt is funding the offer with a GBP1.25 billion loan facility arranged by HSBC Bank, together with working capital and existing facilities.

Deutsche Bank was financial adviser to Reckitt, while SSL was advised by J.P. Morgan Cazenove and Lazard.

The deal has been rumored since 2003, when SSL received an approach--reportedly from Reckitt--but talks eventually came to nothing.

While the deal was welcomed by the market, one analyst questioned why Reckitt waited so long, given its long-held interest.

SSL's shares have grown almost 60% in the last year and have increased fourfold since 2003.

The offer represents a premium of 32.8% to SSL's closing price Tuesday and is four times SSL's price five years ago.

SSL has operations in over 30 countries across Europe, Asia Pacific and the Americas and sells into over 100 countries.

Under Chief Executive Garry Watts, SSL made a push into emerging markets, buying condom brands in Ukraine, Russia and Poland, and adding sex toys and lubricants to the Durex brand.

Its pipeline includes an erection-enhancing condom developed in partnership with the U.K.'s Futura Medical PLC (FUM.LN) and one being developed with Australia's Starpharma Holdings Ltd. (SPL.AU), which contains a gel that kills bugs that cause sexually transmitted diseases, including HIV.

SSL's 10,000 staff will now join Reckitt's 225,000 strong workforce, though the integration will lead to the removal of some commercial and administrative overlaps, said Reckitt. 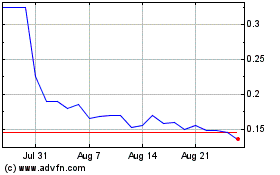 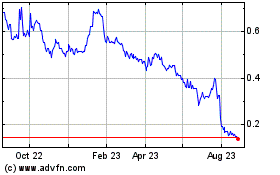 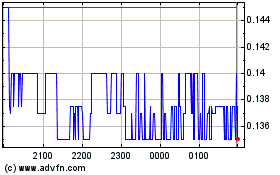