A drive by mining companies to hire more women has stalled, leaving the industry as one of the world's most male-dominated professions and exacerbating a looming recruitment crisis in many key roles.

However, a Wall Street Journal analysis of government and company data shows that, over the past decade, increases in female workers have plateaued and even fallen back at some companies.

Women are put off by the industry, say female workers and recruiters, citing a lack of flexibility in a career that can include months away from home at isolated sites. Other deterrents include a perception that they don't have the same opportunities as men, what some describe as a macho culture, and incidents of harassment, they say.

"You can't just say, yes, diversity is good and we will just let it happen organically, because it won't," said Amanda Lacaze, chief executive of Australia-listed Lynas Rare Earths Ltd. and one of the few female heads of a mining company. "We have seen that over many, many years."

The struggle to recruit women has added significance for an industry where executives say it will be difficult to replace retiring engineers, geologists and drillers because those roles are no longer seen as attractive by younger workers who prize more flexibility and work-life balance.

"In the next five years, I think we are going to really struggle because we just aren't generating enough" graduates, said Jason Economidis, chief operating officer of Australian miner South32 Ltd.

Figures are similar in Australia, Canada and Europe, with little progress boosting female participation in recent years. Only construction has a lower percentage of female workers than mining, according to a 2019 survey by the World Economic Forum that looked at 16 major industries.

The proportion of female workers varies across miners. At Barrick Gold Corp., 10% of the workforce is female, down from 11% in 2015 and 12.5% in 2009. The company did not immediately respond to a request for comment.

BHP says more than 27% of its workers are women, up roughly 10 percentage points since 2015.

While it has made greater inroads than its peers, BHP, like other miners, has work to do to reach self-imposed gender targets. BHP would need to nearly double the proportion of women within four years to hit its goal of having a gender-balanced workforce by 2025.

Elsewhere, Freeport had aimed for 15% of its workforce to be women by now, but the proportion has hovered at 13% for the past three years, while Fortescue Metals Group Ltd. missed a target to have a 25% female workforce by last year: As of April, around 21% were women.

As well as attracting more women to science and engineering studies, these include "changing the image and cultures of the industry from being 'blokey' and male-dominated, and clamping down on workplace sexual harassment which in our industry is higher in prevalence than the average across all sectors," Ms. Diamond said.

BHP is trying new entry-level training programs and boot camps to attract women in countries ranging from Australia to Chile, as well as rolling out flexible work.

At some remote mine sites in Western Australia, BHP is giving workers the choice of up to 12 different roster options, rather than being locked into the standard routine of two weeks on, one week off. And some workers who would have previously needed to be at a mine, such as maintenance support staff, now have options to work from home.

"We know that we need to do something fundamentally different," said BHP's Chief People Officer Athalie Williams, noting that women have historically sought more flexible work, particularly if they have children.

Retaining female workers has also been a problem for mining companies. Data from Freeport shows 22% of female employees left the company last year, against 14% of male workers. The company is looking for ways to support inclusivity and women in the workplace, a spokeswoman said.

Lacey Filipich joined the profession in Australia straight out of university in 2004, but she quit her job as a training manager six years later after the birth of her first child.

"I wanted more flexibility, to see the baby grow up," she said. At the time, the shortest period working away from home on offer was four days on site. Ms. Filipich returned for a stint in 2018 but now runs a business providing financial education.

The 38-year-old believes female managers are essential to making the profession accessible for women. She said she had worked at male-run mine sites where there weren't any separate female toilets and women expressing milk after childbirth did so in supply closets. By contrast, at a female-run site, there was a room and refrigerator reserved for breast-feeding women.

To support moms returning to work, Fortescue said it has set up a child care service at its Perth office and an in-home care program for children of workers in the northern Australia town of Port Hedland.

Mining's struggle to recruit more women is reflected in other male-dominated professions. In the U.S., the proportion of women working in construction, at 13.3%, has barely moved since 2010. In manufacturing, it has fallen since 2000, to 28.4% from 31%, according to government data.

But few industries have such acute shortages in skills as mining. In Canadian mining and quarrying, the ratio of the employed to vacancies, a measure of demand for new jobs, is 1.4 to one, government data shows. In construction there is one vacancy for every 4.8 workers.

Some women believe the mining industry doesn't offer them the same opportunities to advance as men. Half the 1,000 women in mining interviewed in a recent survey by McKinsey & Co. thought this was the case.

Marian Boatemaa had wanted to be a miner since a high-school trip to a mine in Ghana, where she noticed there were no women. During her studies and when she was working, the 30-year-old said, men told her women weren't cut out for mining.

"They would pass comments saying mining is not for women, women are not tough enough," said Ms. Boatemaa, who works as a geotechnical engineer at a Colorado mine owned by Newmont Corp., which she says has offered an inclusive environment.

The location of mines can also be problematic. In some developing countries where mining companies often operate, women can be discouraged from working, while female workers say it can be difficult being the only women in remote places.

"Is it uncomfortable to walk through a kitchen of 800 men? Yes," said Karen Hincks, an engineering geologist who has worked at mines across Canada.

An estimated 74% of women in the Australian mining industry were sexually harassed at work in the five years to 2018, a report by the Australian Human Rights Commission said. That was second only to the information, media and telecommunications industry, in which an estimated 80% were, the report said.

Miners say they are introducing sexual-harassment and sexual-assault awareness training for employees, improving security at mines and enhancing investigation processes.

Ms. Hincks says the majority of her male colleagues behave well, but one man once tried to lift her shirt up and others have made lewd comments.

"You would say something and then they would say, 'I know what you can do with that mouth,'" she said.

Write to Alistair MacDonald at alistair.macdonald@wsj.com and Rhiannon Hoyle at rhiannon.hoyle@wsj.com 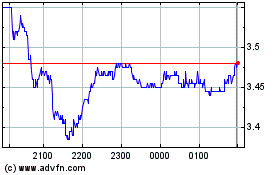