Millrock Resources Inc. (TSX-V: MRO, OTCQB: MLRKF) ("Millrock" or the “Company”) is pleased to provide an update on drilling and other exploration at its 64North Gold project. Exploration work is being funded and managed by Resolution Minerals (“Resolution” ASX: RML) in a collaborative arrangement with Millrock as the project operator. The 64North Gold Project is a very large tract of claims in Alaska’s emerging Goodpaster Gold District. Drilling has been ongoing since early June and continues at present.

The current drilling program is focused on the Aurora, Echo, and Reflection targets, all of which are adjacent to and generally west of the Pogo Mine property, which is owned and operated by Northern Star Resources Ltd. (“Northern Star”). Northern Star has previously reported a gold resource of 5.95 million ounces of gold in a series of veins grading 9.6 grams per tonne gold (Source: Northern Star website). More than four million ounces of gold has already been mined at Pogo and Northern Star has recently announced a new gold discovery called the Goodpaster deposit a short distance away from the mutual claim boundary. Millrock cautions that mineralization on the nearby Northern Star property is not necessarily indicative of gold mineralization hosted on the Company’s property. Presently, Millrock and Resolution are testing the Aurora Target southwest of the Goodpaster deposit held by Northern Star. Northern Star has recently indicated they will devote $21 million to perform delineation drilling at Goodpaster.

Assay Results Hole ID’s 20AU03 and 20AU04Assays from Aurora drill holes 20AU003 and holes 20AU004 indicate minor gold mineralization as detailed below. The alteration observed in the drill core matched the CSAMT and ZTEM geophysics anomalies. The Company is encouraged by the strong alteration, presence of gold, para-gneiss host rocks, and presence of sulfides indicating the strong fertility of the system.

Boundary ProspectA ZTEM / MAG airborne geophysical survey and a ground-based CSAMT survey were recently completed. Conductive zones were identified in areas where geochemical anomalies and gold-anomalous intersections had been identified by prior explorers. A field team of geologists is presently conducting sampling and mapping operations.

Earn-In Agreement Terms Resolution can earn up to a 60% interest in the 64North Gold Project through exploration expenditures of US$20 million, payment of US$200,000 cash, and issuance of 38 million Resolution shares. The minimum commitment for 2020 is US$5.0 million. The partners are developing plans for further drilling and other exploration to be carried out in fall of 2020. Other details of the agreement between Millrock and Resolution are documented in Millrock’s announcement made on December 16, 2019.

Quality Control and Quality AssuranceMillrock adheres to stringent Quality Assurance–Quality Control (“QA/QC”) standards. Drill core samples are kept in a secure location at all times. For this program two laboratories were used; some samples were sent to ALS Chemex prep laboratory in Fairbanks, Alaska USA, and others were sent to Bureau Veritas also in Fairbanks, Alaska. Representative half-core samples underwent sample preparation in Fairbanks. Prepared samples sent to ALS Chemex were subsequently analyzed at ALS Chemex laboratories in Whitehorse, Yukon, Canada. Gold was analyzed by Fire Assay (specifically ALS code Au-AA25 – Au) by fire assay and AAS using a gram nominal sample weight). Prepared samples sent to Bureau Veritas were sent to the Bureau Veritas laboratory in Reno, Nevada (BV code FA430/AA). The following QA/QC protocols were been adopted for this program: 1) Duplicates created as coarse crush duplicates on every 50th sample (2% insertion) in the sample preparation process at the laboratory, and 2) Blank material inserted at a rate of 2 blanks per 100 samples (2% insertion) and 3) Standards–Certified Reference Material (CRM’s) every 20th sample (5% insertion) plus additional random insertions at the supervising geologist’s discretion. All results from duplicates, blanks, and standards were reviewed and found to be accurate and within acceptable tolerances

Qualified Person The scientific and technical information disclosed within this document has been prepared, reviewed, and approved by Gregory A. Beischer, President, CEO, and a director of Millrock Resources. Mr. Beischer is a qualified person as defined in NI 43-101.

About Millrock Resources Inc.Millrock Resources Inc. is a premier project generator to the mining industry. Millrock identifies, packages, and operates large-scale projects for joint venture, thereby exposing its shareholders to the benefits of mineral discovery without the usual financial risk taken on by most exploration companies. The company is recognized as the premier generative explorer in Alaska, holds royalty interests in British Columbia, Canada, and Sonora State, Mexico, and is a significant shareholder of junior explorer ArcWest Exploration Inc. and has a shareholding in Resolution Minerals Limited. Funding for drilling at Millrock’s exploration projects is primarily provided by its joint venture partners. Business partners of Millrock have included some of the leading names in the mining industry: EMX Royalty, Centerra Gold, First Quantum, Teck, Kinross, Vale, Inmet, and Altius, as well as junior explorers Resolution, Riverside and PolarX.

Some statements in this news release contain forward-looking information (within the meaning of Canadian securities legislation) including, without limitation, management’s expectation that the planned drilling program will successfully be carried out. These statements address future events and conditions and, as such, involve known and unknown risks, uncertainties and other factors which may cause the actual results, performance or achievements to be materially different from any future results, performance or achievements expressed or implied by the statements. Such factors include, without limitation, Millrock’s ability to mobilize the drill rig and camp and complete the drilling work and other customary risks of the resource industry. 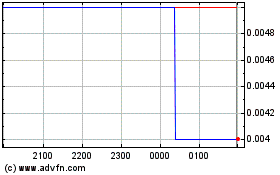