News Corp announced today that Sean Giancola will become Publisher and CEO of the New York Post, replacing Jesse Angelo, who is departing the company.

It was also announced that Michelle Gotthelf will become Digital Editor-in-Chief of the Post.

“Sean’s decades of experience in publishing and advertising make him the right person to assume the leadership of one of America’s greatest newspaper brands,” said Robert Thomson, Chief Executive of News Corp. “And Michelle’s superb skills as an editor and years with the Post will allow her to take the publication to greater digital heights.”

“Sean and Michelle are both well-equipped to build on the Post’s dramatic transformation into a digital dynamo in news, even as it stays true to its legacy of provocative and agenda-setting news coverage, in print and digital,” said Mr. Thomson.

“We thank Jesse Angelo for his many and varied contributions to our company as a journalist, editor and publisher, and for his leadership during the digital transformation of the Post,” said Mr. Thomson. “Jesse has truly helped create a great platform for digital growth.”

In recent years, the New York Post Digital Network has experienced substantial growth, increasing the number of monthly unique visitors to more than 100 million as of June, 2018, representing a 51 percent increase year-over-year.

"After 20 years at the Post, it is time for me to move on and let someone else write the next chapter of this storied institution. I love the Post with my whole heart and wish my colleagues all the best. I will always be thankful to Rupert and the leadership of the company for the remarkable opportunities that have been afforded to me in my career," said Mr. Angelo.

Mr. Giancola currently serves as Chief Revenue Officer at the Post, where he has been responsible for revenue operations across all lines of business, including the print editions of the newspaper and Alexa, NYPost.com, PageSix.com, Decider.com, Post Studios and more.

Prior to joining the Post in 2015, he served as Vice President of National Sales at AOL Advertising. He has also held senior advertising and marketing positions at American Express and Time Inc. Mr. Giancola is a graduate of The Whitman School of Management at Syracuse University.

“I am grateful for this opportunity to lead the New York Post, where I've had the honor to work for more than four years with Jesse Angelo and all our colleagues," said Mr. Giancola. "I look forward to working with Michelle and Stephen Lynch and everyone at the Post as we build on a great track record of success.”

Having joined the Post in 2000, Ms. Gotthelf has covered breaking news and courts, and served as Metropolitan Editor from 2007 to 2016, when she was named Managing Editor.

Prior to the Post, Ms. Gotthelf worked as a news editor and reporter for APBnews.com, a website that focused on crime news. She had also been a reporter with the North Jersey Herald and News, and a copy editor for Newsday. Ms. Gotthelf graduated from Hofstra University with a degree in journalism and politics.

Founded in 1801 by Alexander Hamilton, the New York Post is the oldest continuously published daily newspaper in the United States.

News Corp (NASDAQ:NWS)(NASDAQ:NWSA)(ASX:NWS)(ASX:NWSLV) is a global, diversified media and information services company focused on creating and distributing authoritative and engaging content. The company comprises businesses across a range of media, including: news and information services, subscription video services in Australia, book publishing and digital real estate services. Headquartered in New York, News Corp operates primarily in the United States, Australia, and the United Kingdom, and its content is distributed and consumed worldwide. More information is available at: http://www.newscorp.com. 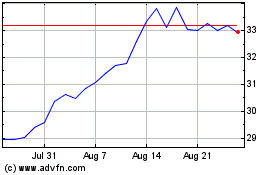 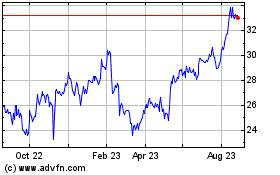 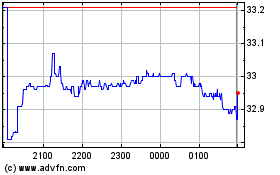