One of Australia's biggest banks has reached outside its ranks for a new chief executive, hiring the outgoing boss of Royal Bank of Scotland PLC (RBS.LN) to help rebuild its reputation.

National Australia Bank Ltd. (NAB.AU) on Friday said it had appointed New Zealand-born Ross McEwan, who helped return Royal Bank of Scotland to profitability and dividend payments, as its next CEO and managing director.

Mr. McEwan announced his resignation from Royal Bank of Scotland in April. He will take over at Australia's biggest business lender and one of the country's largest mortgage providers no later than April 2020, which is the end of his 12-month notice period.

RBS confirmed that Mr. McEwan will stay in place until next year so that an orderly handover can take place. RBS Chairman Howard Davies congratulated Mr. McEwan on his new role and said the bank continues to search for a successor.

The effective date of Mr. McEwan's departure will be confirmed in due course, Mr. Davies said.

Philip Chronican, NAB's chairman-elect and interim CEO since the resignation in March of Andrew Thorburn, said the Australia and New Zealand-focused bank had secured a senior executive with deep experience in international markets and long-standing knowledge of Australian banking.

"RBS has been through many of the same challenges which NAB now faces around culture, trust and reputation," Mr. Chronican said, adding Mr. McEwan had been hired on an "appropriate remuneration package" when compared with domestic and international peers and other industries.

Mr. Thorburn and Chairman Ken Henry agreed in early February to step down after the pair were singled out for criticism in a government-ordered judicial review that revealed misconduct across Australia's financial industry. The bank a month later settled on Mr. Chronican, a director, as its next chairman as it continued an internal and external search for a successor to Mr. Thorburn, who had been in the role four and a half years and had led a shift in focus back on its core businesses with the sale of operations including in the U.S. and U.K.

Former high court judge Kenneth Hayne, who led a yearlong investigation into the financial industry, was highly critical of Mr. Thorburn and Mr. Henry in a three-volume final report released in February that highlighted widespread charging of fees-for-no-service and other misconduct. NAB stands apart from the country's other three major banks, Mr. Hayne wrote, adding he wasn't confident lessons had been learned from past misconduct or that the bank was willing to accept responsibility.

In May, NAB cut its dividend for the first time in a decade to shore up its balance sheet as customer compensation costs continue to climb. The bank's consumer banking and wealth operations have come under pressure as it and peers in Australia have been squeezed by heightened competition and a weakening property market.

"It is a privilege to return to Australia and lead NAB at a crucial time," Mr. McEwan said.

He said it was essential that he protect and accelerate NAB's efforts to transform itself, and there were areas where the bank could extend its lead, such as in business banking, agriculture and health lending. "We must also meet and exceed the expectations of our many stakeholders," he said.

Early this year, Royal Bank of Scotland resumed dividend payments to shareholders after a decade in which the world's biggest bank by assets on the eve of the 2008 financial crisis was hard hit and bailed out, forcing it to shrink and simplify.

Mr. McEwan joined Royal Bank of Scotland as CEO of its U.K. retail arm in 2012 from Commonwealth Bank of Australia (CBA.AU), where he had been head of retail banking services for five years. He had previously been responsible for Commonwealth Bank's branch network, contact centers and third-party mortgage brokers.

NAB said Mr. McEwan will be paid 2.5 million Australian dollars (US$1.8 million) a year, including his superannuation pension, and would be entitled to reward including an annual bonus of up to 150% of his fixed salary split between cash and performance rights vesting over four years.

--Oliver Griffin contributed to this story. 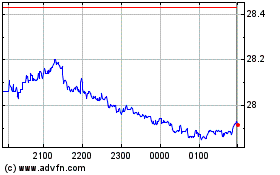