SYDNEY--Collections of blood plasma have fallen sharply in recent months because of the coronavirus pandemic, raising worries about the supply of important medicines that rely on it.

CSL Ltd., which runs one of the biggest collection-center networks in the U.S., said plasma donations fell by more than 25% in the three months through June. Grifols SA, which is based in Spain but has facilities in the U.S., has said it expects plasma availability this year to drop by 10% compared with a year ago.

The decline is worrying for patients with illnesses ranging from immune disorders to cancer for whom plasma-derived therapies can be lifesaving. Many need immunoglobulin, which contains antibodies harvested from plasma, and is manufactured by pharmaceutical companies that supply hospitals and clinics.

"Across the globe, there's going to be a lot of tightness in the market and there will be some shortages in various countries," CSL Chief Executive Paul Perreault said of immunoglobulin. "Whether the U.S. sees all of that or not, really depends on how quickly plasma collections come back."

Immunoglobulin's role in health care has gained a bigger profile during the pandemic. Researchers are studying whether blood-plasma transfusions from recovered Covid-19 patients are safe and improve outcomes for severely ill patients. Data are so far promising, adding urgency to discussions about building a plasma stockpile from recovered Covid-19 patients in the U.S.

While CSL's collection centers in the U.S. have been allowed to remain open throughout the pandemic, Mr. Perreault said the patchwork of different lockdown measures across the country made it confusing for would-be donors to know if their local center was accepting donations. In some cases, local authorities placed limits on how many people could be in the centers, creating long wait times and dissuading some donors, he said.

It takes months for raw plasma to be made into the immunoglobulin that is given to patients, so any shortage likely wouldn't appear until next year.

If the coronavirus crisis eases, it could be easier for people to donate plasma, and donors might be more comfortable going to a collection center. However, donors in the U.S. get paid, and another round of stimulus could dissuade people from donating if they don't need cash.

"The situation is still uncertain and difficult to predict in the long run," Grifols said in July.

Companies that run collection centers have already made changes to make donors more comfortable during the pandemic, including putting up barriers between beds, increasing the distance between the beds and checking temperatures of all donors who came through the door.

Mr. Perreault said CSL has a modest inventory of finished plasma products, while noting that collections have improved in recent weeks compared with the peak period of lockdowns. Goldman Sachs estimated that CSL's plasma collections would need to decline by 30% this year for the company's supply of plasma therapies to be affected materially.

There have been plasma shortages in the past, even without a pandemic. Last year, some U.S. hospitals had to suspend immunoglobulin treatments for many patients because of supply issues. At the time, some immunoglobulin manufacturers said there was increased demand for the product because of higher rates of diagnosis of conditions that it has long treated, plus new uses for the drug.

Periodic plasma shortages have led pharmaceutical companies to invest more in collection centers in recent years to increase supply of the raw material. Morgan Stanley estimated that U.S. plasma collection increased by 10% in 2019. CSL, which has its headquarters in Australia, opened 40 new collection centers in the U.S. in the 2020 fiscal year that ended in June. It plans to open another 20 to 30 in the current fiscal year.

"CSL is in the business to take care of patients," Mr. Perreault said on Wednesday, shortly after CSL reported a 10% rise in profit for fiscal 2020. "We're going to do everything in our power to make sure that they're supplied." 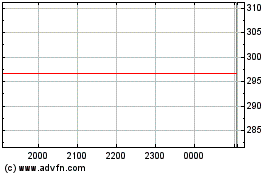