New Gold Inc. (“New Gold” or the “Company”) (TSX and NYSE American: NGD) reports in-line third quarter operating results from the Rainy River and New Afton Mines, which positions the Company to achieve annual production guidance. (All amounts are in US dollars unless otherwise indicated.) The Company also announces that it will release its third quarter 2019 financial results before market open on Wednesday, November 6, 2019. A conference call and webcast will follow at 8:30 a.m. Eastern Time to discuss these results. (Details are provided at the end of this press release.)

“The Company has delivered another quarter of strong operational performance from both assets, which positions the Company to achieve its annual production guidance. I would like to congratulate the Rainy River team on delivering the fourth consecutive quarter of improved performance as we reposition the mine for long-term success. The New Afton team reported another solid quarter of in-line results as we continue to advance the development of the C-zone and unlock the long-term potential of that asset. As we enter the final quarter of this pivotal year, we have made significant progress at both operations, strengthened our balance sheet as we re-position the Company for long-term success and shareholder value creation.” stated Renaud Adams, CEO. “I am also very pleased to announce the promotion of Ankit Shah to Vice President, Strategy and Business Development. I am looking forward to continuing to work with Ankit as part of the senior leadership team as we advance our corporate strategy.”

Third Quarter Conference Call and Webcast Information The Company plans to release its third quarter 2019 financial results before market open on Wednesday, November 6, 2019. A conference call and webcast will follow at 8:30 a.m. Eastern time to discuss these results.

About New Gold Inc. New Gold is a Canadian-focused intermediate gold mining company with a portfolio of two core producing assets in Canada, the Rainy River and New Afton Mines as well as the 100% owned Blackwater development project. The Company also operates the Cerro San Pedro Mine in Mexico (in reclamation). New Gold’s vision is to build a leading diversified intermediate gold company based in Canada that is committed to environment and social responsibility. For further information on the Company, visit www.newgold.com.

Cautionary Note Regarding Forward-Looking Statements Certain information contained in this news release, including any information relating to New Gold’s future financial or operating performance are “forward looking”. All statements in this news release, other than statements of historical fact, which address events, results, outcomes or developments that New Gold expects to occur are “forward-looking statements”. Forward-looking statements are statements that are not historical facts and are generally, but not always, identified by the use of forward-looking terminology such as “plans”, “expects”, “is expected”, “budget”, “scheduled”, “targeted”, “estimates”, “forecasts”, “intends”, “anticipates”, “projects”, “potential”, “believes” or variations of such words and phrases or statements that certain actions, events or results “may”, “could”, “would”, “should”, “might” or “will be taken”, “occur” or “be achieved” or the negative connotation of such terms. Forward-looking statements in this news release include, among others, statements with respect to: guidance for production and the factors contributing to those expected results, including throughput and recoveries; planned timing of construction of the tailings management area and its expected capacity; planned development and exploration activities and timing for 2019 and future years; and the expected timing of life of mine plans for Rainy River and New Afton.

All forward-looking statements in this news release are based on the opinions and estimates of management as of the date such statements are made and are subject to important risk factors and uncertainties, many of which are beyond New Gold’s ability to control or predict. Certain material assumptions regarding such forward-looking statements are discussed in this news release, New Gold’s latest annual management’s discussion and analysis (“MD&A”), Annual Information Form and Technical Reports filed at www.sedar.com and on EDGAR at www.sec.gov. In addition to, and subject to, such assumptions discussed in more detail elsewhere, the forward-looking statements in this news release are also subject to the following assumptions: (1) there being no significant disruptions affecting New Gold’s operations; (2) political and legal developments in jurisdictions where New Gold operates, or may in the future operate, being consistent with New Gold’s current expectations; (3) the accuracy of New Gold’s current mineral reserve and mineral resource estimates; (4) the exchange rate between the Canadian dollar and U.S. dollar, and to a lesser extent, the Mexican Peso, being approximately consistent with current levels; (5) prices for diesel, natural gas, fuel oil, electricity and other key supplies being approximately consistent with current levels; (6) equipment, labour and materials costs increasing on a basis consistent with New Gold’s current expectations; (7) arrangements with First Nations and other Aboriginal groups in respect of the New Afton Mine, Rainy River Mine and Blackwater project being consistent with New Gold’s current expectations; and (8) all required permits, licenses and authorizations being obtained from the relevant governments and other relevant stakeholders within the expected timelines and the absence of material negative comments during the applicable regulatory processes.

Forward-looking statements are necessarily based on estimates and assumptions that are inherently subject to known and unknown risks, uncertainties and other factors that may cause actual results, level of activity, performance or achievements to be materially different from those expressed or implied by such forward-looking statements. Such factors include, without limitation: significant capital requirements and the availability and management of capital resources; additional funding requirements; price volatility in the spot and forward markets for metals and other commodities; fluctuations in the international currency markets and in the rates of exchange of the currencies of Canada, the United States and, to a lesser extent, Mexico; discrepancies between actual and estimated production, between actual and estimated mineral reserves and mineral resources and between actual and estimated metallurgical recoveries; risks related to early production at the Rainy River Mine, including failure of equipment, machinery, the process circuit or other processes to perform as designed or intended; fluctuation in treatment and refining charges; changes in national and local government legislation in Canada, the United States and, to a lesser extent, Mexico or any other country in which New Gold currently or may in the future carry on business; taxation; controls, regulations and political or economic developments in the countries in which New Gold does or may carry on business; the speculative nature of mineral exploration and development, including the risks of obtaining and maintaining the validity and enforceability of the necessary licenses and permits and complying with the permitting requirements of each jurisdiction in which New Gold operates, the lack of certainty with respect to foreign legal systems, which may not be immune from the influence of political pressure, corruption or other factors that are inconsistent with the rule of law; the uncertainties inherent to current and future legal challenges New Gold is or may become a party to; diminishing quantities or grades of mineral reserves and mineral resources; competition; loss of key employees; rising costs of labour, supplies, fuel and equipment; actual results of current exploration or reclamation activities; uncertainties inherent to mining economic studies; changes in project parameters as plans continue to be refined; accidents; labour disputes; defective title to mineral claims or property or contests over claims to mineral properties; unexpected delays and costs inherent to consulting and accommodating rights of Indigenous groups; risks, uncertainties and unanticipated delays associated with obtaining and maintaining necessary licenses, permits and authorizations and complying with permitting requirements. In addition, there are risks and hazards associated with the business of mineral exploration, development and mining, including environmental events and hazards, industrial accidents, unusual or unexpected formations, pressures, cave-ins, flooding and gold bullion losses and risks associated with the start of production of a mine, such as Rainy River, (and the risk of inadequate insurance or inability to obtain insurance to cover these risks) as well as “Risk Factors” included in New Gold’s Annual Information Form, MD&A and other disclosure documents filed on and available at www.sedar.com and on EDGAR at www.sec.gov. Forward-looking statements are not guarantees of future performance, and actual results and future events could materially differ from those anticipated in such statements. All of the forward-looking statements contained in this news release are qualified by these cautionary statements. New Gold expressly disclaims any intention or obligation to update or revise any forward-looking statements whether as a result of new information, events or otherwise, except in accordance with applicable securities laws.

Technical Information The scientific and technical information contained herein has been reviewed and approved by Eric Vinet, Vice President, Technical Services of New Gold. Mr. Vinet is a Professional Engineer and member of the Ordre des ingénieurs du Québec. He is a "Qualified Person" for the purposes of NI 43-101. 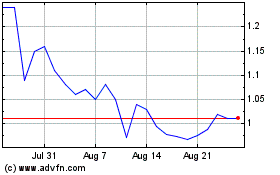 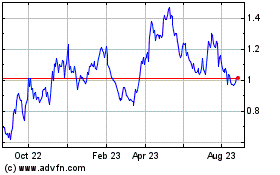 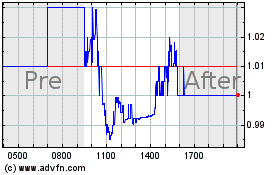